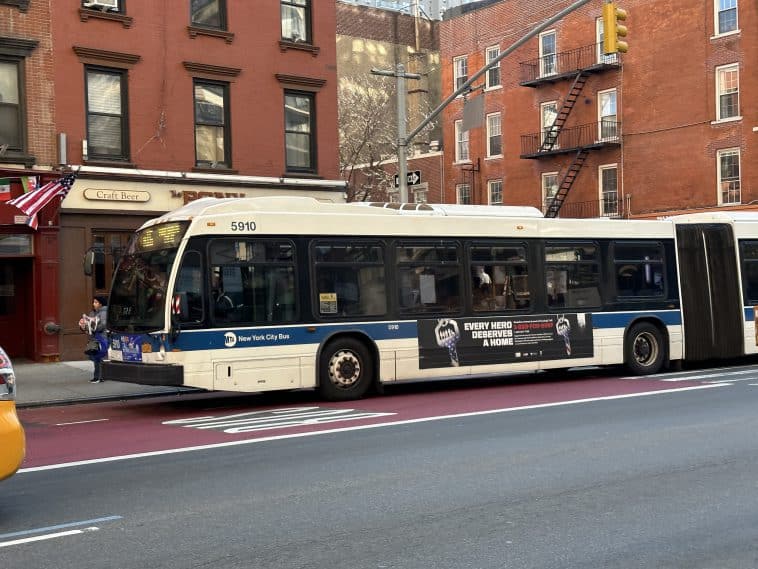 Get ready for speedier bus service through part of the Upper East Side. New improvements installed along First Avenue by the Department of Transportation this month should allow buses to move through the neighborhood faster. Plus, more parking available during the day is an added bonus.

Since the launch of Select Bus Service back in 2010, the First Avenue bus lane had always run along the curb between East 61st Street and East 79th Street — the only section of the red-painted corridor stretching from the Lower East Side to the top of East Harlem that was not located in an offset lane in traffic.

As a result, the DOT says the 48,000 passengers that ride the M15 and M15-SBS routes daily through the UES daily were subject to average speeds on of a measly 5.4 mph in the morning and 7.8 mph in the evening.

Transportation officials say that often times, the bus lane in that part of First Avenue was getting blocked by delivery trucks, taxis and other for-hire vehicles illegally parked at the curb, forcing buses to use shared travel lanes, which in turn slowed down service.

Last July, the DOT revealed their plan to improve travel times. Shifting the bus lane over from the curb in that one section between East 61st Street and East 79th Street would allow buses to travel unimpeded.

This month, DOT crews put down the fresh red paint on the shifted bus lane and installed new parking regulations along First Avenue.

“The offset bus lane on First Avenue will bring faster and more reliable commutes for 48,000 daily bus riders along the corridor,” the DOT told Upper East Site in a statement.

The bus lane shift does that by providing access to the curb for delivery trucks during the hours they were previously off limits.

Posted signage now says there will be no standing between 7:00 and 9:00 am, with two or three hour commercial parking allowed from 9:00 am to 7:00 pm.

Unfortunately, Upper East Site immediately witnessed an illegally double parked car blocking the newly shifted bus lane as buses passed by, defeating the purpose of the move and slowing down all traffic even further.

The DOT says it will use the winter and spring to collect data and monitor the performance of the bus lane improvements. 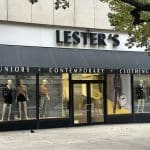 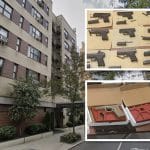