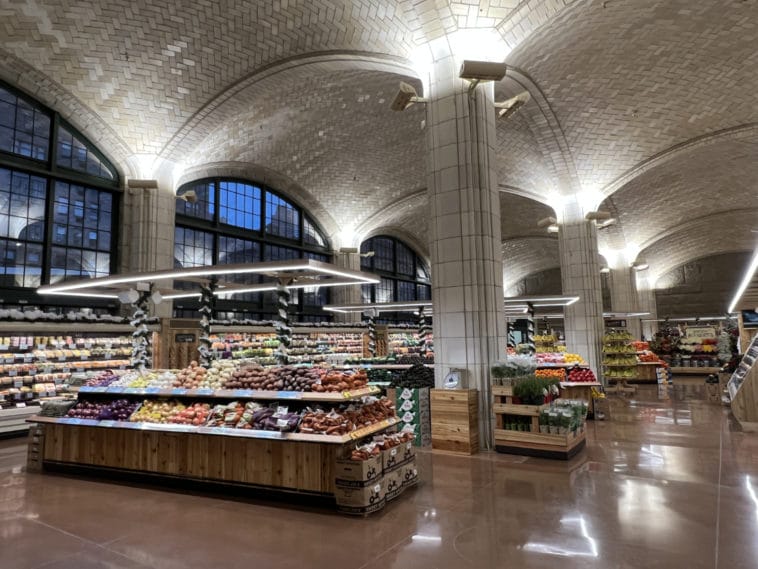 MANHATTAN – Five minutes to 8:00 am this morning and a small ceremony was all that was left standing between a crowd of eager shoppers who have been waiting for more than a year for the Trader Joe’s Upper East Side store to open— and the flavorful food-packed shelves of TJ’s new Bridgemarket store under the Queensboro Bridge.

The year-long wait ended with this morning’s brief festivities— which began with a ribbon-cutting at the new Trader Joe’s— the store’s Captain saying a few words to his team before he and his crew embarked on a journey of serving the Upper East Side.

Minutes later they’d be welcoming a throngs of die hard Trader Joe’s fans–lined up single file down the sidewalk– into the newly renovated Bridgemarket store, whose vaulted herringbone tile ceilings have been impressively reconditioned and showcased with upward facing lights.

Step inside the 20,000 square foot space and you’re greeted by the checkout area— lined with station after station, 25 in all– there’s a chance the lines at this Trader Joe’s won’t be insanely long— but that chance is still slim.

Inside the store, it’s like nothing you’ve seen in Manhattan– spacious, is the only way to describe the store– with ample room between aisles and products, it feels like a sprawling suburban store.

You’ll notice aisle after aisle made of natural welcoming wood and soft led lighting from above the shelves— there’s nothing hanging from the store’s ceiling to protect the historic tile work and certainly no harsh fluorescent lighting.

You’ll also see new murals paying tribute to other landmarks in the city– including United Nations headquarters and Roosevelt Island– throughout the store.

Trader Joe’s says 99% of their crew at the new Upper East Side store are New York City locals– and the grocer notes it’s still hiring to fill positions at the so-called Bridgemarket store.

The Bridgemarket is Trader Joe’s ninth store in Manhattan— and of course, its first on the Upper East Side.

ALSO READ | The Best Trivia Nights on the Upper East Side

There had been some dispute by neighbors over whether it was truly located on the UES– however, sitting a half-block north of 59th Street itself, the Bridgemarket is clearly within our favorite neighborhood. 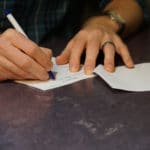 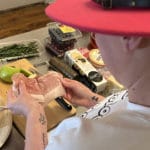