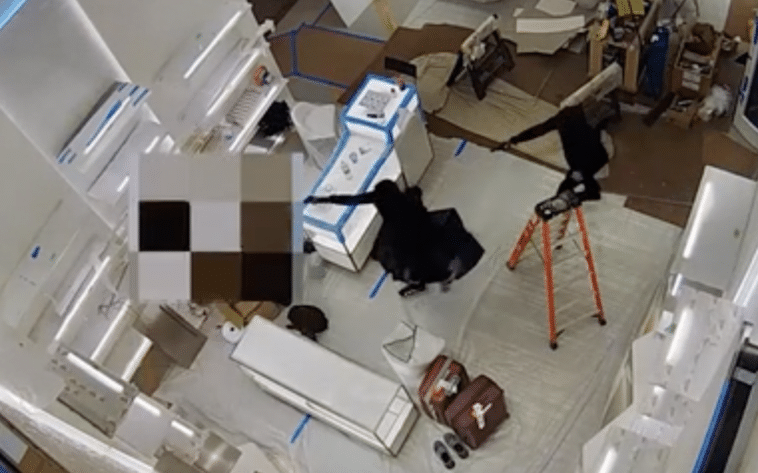 MANHATTAN – A pair of cowardly crooks bit off more than they could chew after rushing into the Dior store on Fifth Avenue for an early morning stickup on the Upper East Side– only to be forced to retreat seconds later.

It was 3:30 in the morning Sunday when the two suspects entered the luxury apparel retailer’s store in the General Motors building, near the Apple Store at the corner of East 59th Street and Fifth Avenue— it’s not clear why Dior was open at that hour.

Security footage shows the pair of would-be robbers enter a room that appears to be under renovation or remodeling. Within seconds of stepping into the Upper East Side store, both suspects pull pistols and point them directly at a person standing in the room who is blurred in the surveillance video.

That person in the room at Dior, who was blurred in the surveillance video given to Upper East Site by the NYPD, makes a quick move that spooks the gunmen— the second suspect to enter Dior is the first one out the door, sprinting from the scene of the crime empty handed.

Police say the two masked suspects, dressed in all back, got into a red SUV parked outside– which appears to be a late model Land Rover Discovery Sport– and took off down 59th Street. 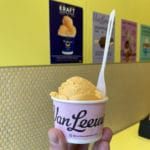