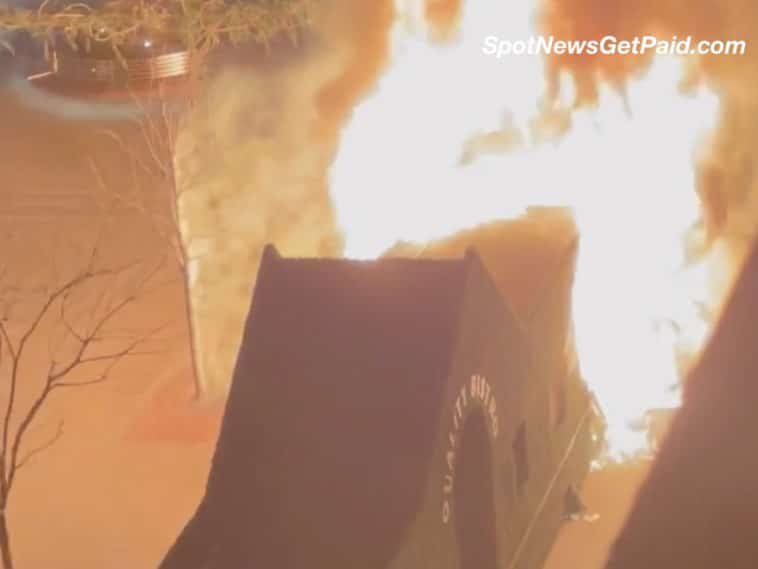 MANHATTAN – Dining sheds have become ubiquitous across New York City throughout the Covid-19 pandemic– a financial lifeline for struggling restaurants– but a frightening scene in Midtown Wednesday morning shows us exactly how quickly things can turn dangerous, as firefighters worked to douse an dining shed engulfed in flames.

It was just after 4:00 am when firefighters got the call for a fire on West 55th Street near Sixth Avenue, they arrived to find a raging fire consuming nearly half of the dining structure belonging to Quality Bistro, FDNY officials tell Upper East Site.

The flames coming from the dining shed, which the restaurant says cost between $300,000 and $400,000 to build, were so intense they’re seen on video singeing a tree a few feet away from the fire.

“One of the more luxurious ones somehow ignited tonight, taking even a part of the shed across the street with it,” said one witness in a post on Twitter.

“The FDNY has almost certainly had it with these firetraps,” he added.

Quality Bistro’s fully enclosed dining shed features fourteen private booths with its exterior covered in faux greenery and large light fixtures on each end to illuminate their signs— the entire structure powered by cables run through a pipe elevated above the Midtown sidewalk.

Two weeks ago, the NYC City Council took the first steps towards making sidewalk and curbside outdoor dining permanent— though Department of Transportation officials, who oversee the so-called Open Restaurants program, say the large enclosed sheds will not be allowed once the pandemic ends.

Thankfully, firefighters were able to get the dining shed fire in Midtown under control in less than a half hour and no one was hurt.

FDNY officials tell Upper East Site that Fire Marshals will investigate the cause of this morning’s curbside inferno. 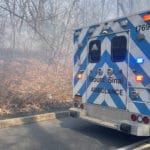 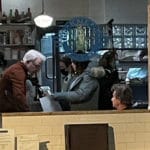