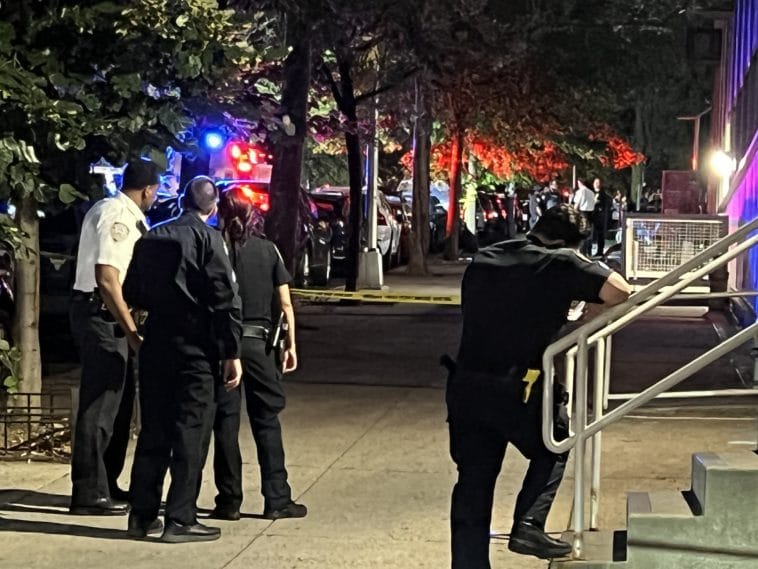 MANHATTAN – A quiet Wednesday night on the Upper East Side was thrown into chaos when a woman snuck up on from behind and shot dead as she pushed her 3-month-old baby’s stroller on East 95th Street between Lexington and Park Avenues, in what a police source tells Upper East Site may be a domestic situation.

Investigators say the 20-year-old woman, who has not yet been identified by officials, was shot in the head at close range just after 8:20 pm outside the Samuel Seabury Playground. She had just crossed the street.

Paramedics rushed the woman to Metropolitan Hospital where she was pronounced deceased.

Officers were immediately mobilized to canvass for the shooter, others looked for surveillance video, while detectives interviewed witnesses at the scene.

NYPD Commissioner Keechant Sewell confirmed at a news conference with Mayor Eric Adams late Wednesday night, that after the shooting, the suspect ran from the scene, heading eastbound down East 95th Street towards Second Avenue.

“These are real stories, real lives, when a mother’s pushing a baby carriage down the block… is shot at point blank range. This shows just how this national problem is impacting families,” said Mayor Eric Adams, referring to the plague of gun violence across America.

“It doesn’t matter if you are on the Upper East Side or East New York,” he added.

“To think that this incident happened in front of a school with a mother pushing her baby in a stroller is beyond comprehension,” Menin wrote in a tweet late Wednesday.

“My prayers are with the victim’s family. This tragedy is simply unspeakable and this violence must stop,” she added.

Neighbors coming home from dinner Thursday night were shocked at the bloodshed that just occurred outside the playground, just steps from their own homes.

Thankfully, police say the 3-month-old baby was not hurt. The killer is described by investigators as a man dressed in a black hoodie and black sweatpants.

Council Member Julie Menin revealed on Thursday morning that police have identified a person of interest in the slaying, though no name was released publicly. 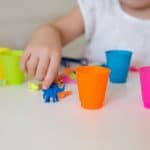 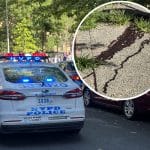