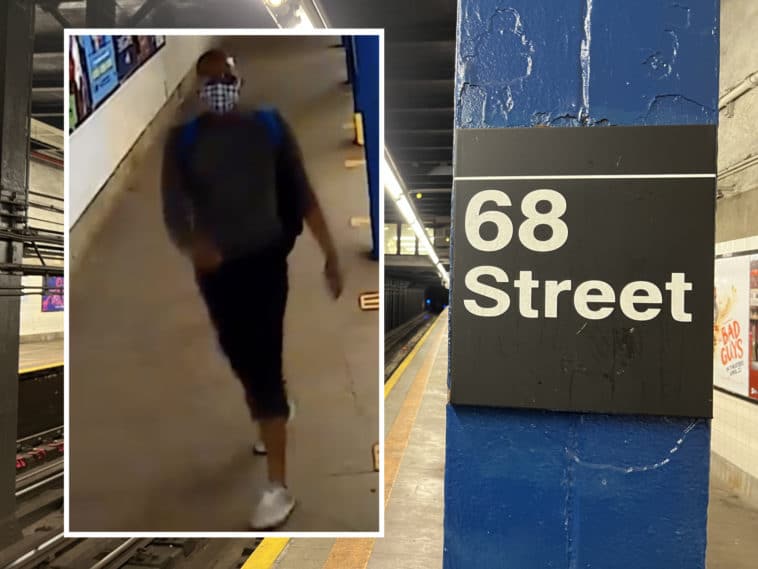 MANHATTAN – Less than twenty four hours after a 30-year-old woman was targeted in a vile, unprovoked attack on the platform inside an Upper East Side subway station early Saturday morning, the NYPD released surveillance video of the suspected pervert casually walking past a station surveillance camera in capri pants.

Investigators say it was just after 3:45 am Saturday morning, when the 30-year-old woman was randomly attacked by a stranger on the downtown 6 train platform of the 68th Street-Hunter College subway station on Lexington Avenue.

Police say the suspect came up to the woman on the platform, shoved her down to the ground– causing minor injuries— then began to “caress” his genitals through his pants.

After the unprovoked assault and perverted display, investigators say the masked suspect fled the 68th Street-Hunter College subway station— going topside along Lexington Avenue where made his escape.

On Sunday, there was a visible police presence in the station, with officers on both platforms. However, Upper East Site has learned the deployment was due to the expected crowds for the Puerto Rican Day parade on Fifth Avenue, rather than the assault that had occurred in the station a day earlier.

According to NYPD data, transit crime is up 125% on the Upper East Side compared to this point last year— driven mostly by thefts underground.

The 68th Street-Hunter College station has been the scene of three crimes prior to Saturday’s assault— two grand larcenies and a robbery were reported earlier this year. 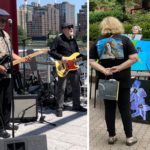