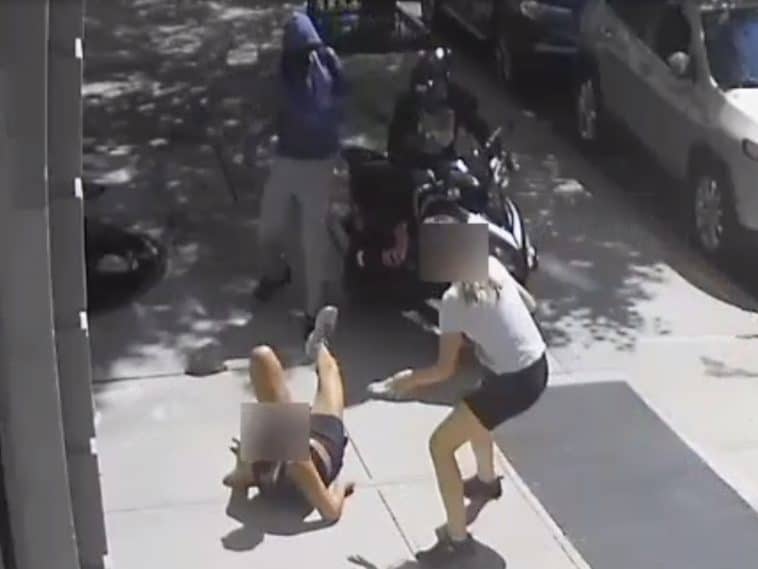 The violent robbery unfolded in a matter of seconds and every moment of the attack caught on camera is downright disturbing. A woman is seen fighting off a pair of brazen moped-riding robbers who struck in broad daylight on the Upper East Side, right across the street from the Guggenheim Museum.

Just after 12:15 pm Saturday afternoon, police say 28-year-old victim and her friend were walking east on the north side of East 89th Street towards Fifth Avenue, when two masked men riding a moped sped towards them on the sidewalk.

Surveillance video released by detectives last Saturday night reveals that the victim actually saw the suspects coming straight toward her. She reacts, trying to step out of the way of the moped so she does not get hit.

As she steps to her right, the masked driver of the moped reaches out and grabs the 28 year old’s necklace and starts ripping at it with full force, trying to pulls it off her neck.

The woman, meanwhile, is seen pulling away so hard— in what is understandably a fight-or-flight moment for her— that when she does break free, she lands hard on the concrete. Her friend, begins grabbing at her, trying to pull the victim off the ground and away from the robbers.

At the same time, the second masked man— who is riding as a passenger on the moped— hops off and runs up on the woman, trying to grab at her necklace as his partner turns their ride around.

The victim, still on her back on the sidewalk, kicks at second masked man as her friend continues to try to get her way from the muggers.

The suspect then shoves the victim’s friend, but also appears to get kicked near his crotch by victim. He’s seen on video slightly bending over and grabbing at his groin area, as if to be wincing in pain, before getting back on the moped with his accomplice and speeding from the scene of the violent crime.

Police say the suspects were last seen riding southbound on Fifth Avenue. No license plates are visible on the black, gas-powered moped used by the suspects, making it untraceable.

Robberies on the Upper East Side have increased nearly 45% over 2021, according to NYPD data.

Through August 21st of this year, a total of 152 robberies occurring between East 59th and 96th Streets were reported to police— thats up from 105 reported in the same time period last year.

Investigators say the 28-year-old victim in Saturday afternoon’s robbery attempt did suffer some minor injuries in the attack, but refused medical attention at the scene.

If you recognize the attempted robbery suspects or have any information that could help police, you’re asked to call the NYPD’s Crime Stoppers Hotline at 1-800-577-8477. 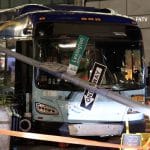 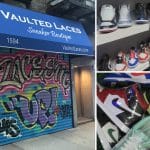