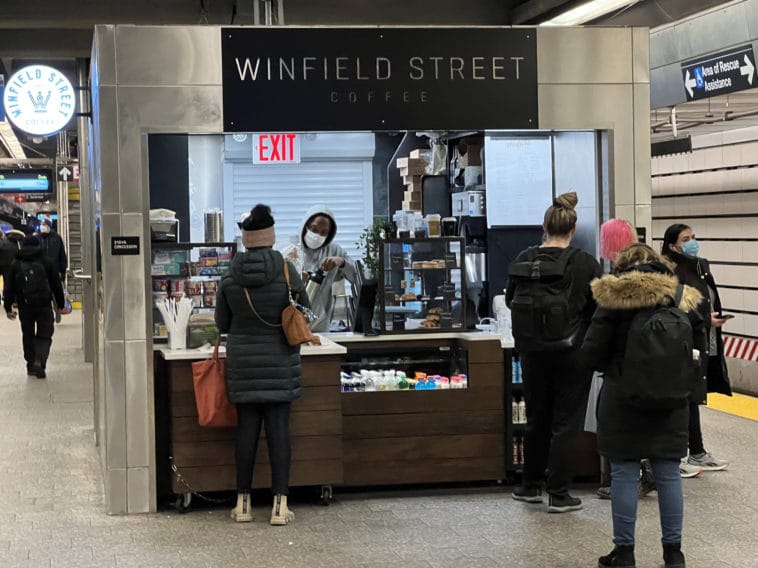 Five years after first opening to Upper East Side commuters, the East 86th Street-Second Avenue subway station has a new addition sure to make waiting for the train a little easier on a cold morning. Java lovers rejoice, a brand new coffee shop inside the station on Monday.

Connecticut-based Winfield Street Coffee can be found in the middle of the lower level platform, near the elevator, clad in Subway standard stainless steel, like an old school newsstand. A small white circular sign sticks out on the side of the uptown track with Winfield Street Coffee’s ‘W’ logo.

Instead of magazines and lotto tickets you’ll find a barista brewing up strong cups of joe to go with their selection of pastries, muffins, sandwiches, croissants and bagels.

Thirsty commuters don’t have to settle for just hot drinks, you can also get your morning (or evening) iced coffee, juice, soda or bottled water at the shop.

So things don’t get too crowded on the platform around the small coffee shop, there’s a small counter set up outside the coffee shop with milk, sugar and other fixings to make that perfect cup of coffee just the way you like.

Founded in Norwalk in 2015 by a Brazilian-born immigrant who came to the United States to study and work, Winfield Street Coffee has grown quickly with a number of shops opening in the northern suburbs of New York City.

That includes four coffee shops in Fairfield County, Connecticut— including their flagship in Stamford— as well as one in Croton, New York, with a second Westchester County location planned to open in Rye. 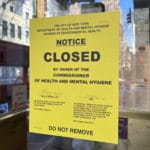