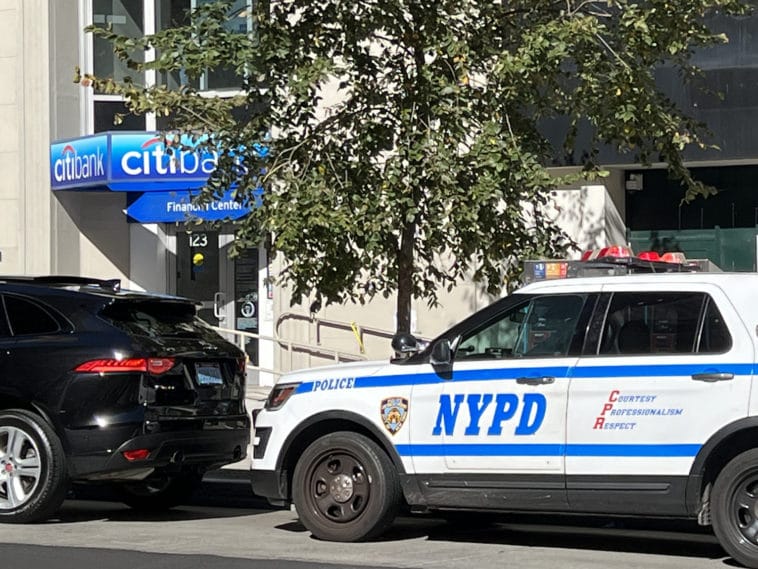 MANHATTAN –  A serial bank robber is on the run and investigators say he’s escalating his crime spree— not satisfied with just ripping off banks, he’s even targeting bank customers— in one case caught on surveillance video pummeling a man for his cash inside a bank in the middle of the day. So far, the violent thief has struck at least five times— including twice on the Upper East Side.

“To go from just presenting a note and walking out calmly, to turning and physically assaulting somebody— I think that shows desperation.”

The NYPD’s elite Major Case Squad tells NBC4 reporter Marc Santia that the suspect in this case has hit two banks on the Upper West Side and one in Greenwich Village as well. The robberies started in mid-September, then ramped up in the weeks following.

Upper East Site was at the scene of that robbery— ripped police tape hung from handrails at the entrance and police cruisers parked out front as officers investigated the robbery that occurred on a quiet Wednesday afternoon around 1:30 pm.

The suspect, a middle-aged man with a limp, can be seen entering one bank in surveillance video broadcast by NBC4 — patiently waiting on line until his turn to speak with the teller.

At that point investigators say he slips at note to the teller, but when they don’t act fast enough handing over the cash, video shows the suspect snatch cash out of the hand of a customer next to him.

The customer fights back and gets viciously beaten in the bank lobby by the suspect as other customers watch in shock.

“Things took a turn really quickly, and it’s kind of out of the ordinary for someone to goto an institution like a bank, and immediately turn to a customer in the bank,” Detective Murphy said.

This violent attack happened at one of two CitiBank locations the robber struck— though it’s not clear whether it was on the Upper East Side or Upper West Side at this point— we’ve reached out to police for more details.

“If we could just bring this person into custody,” Detective Murphy added, “we don’t need anyone else hurt.” 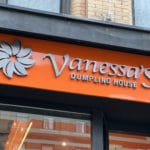 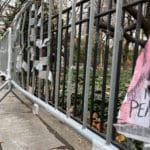