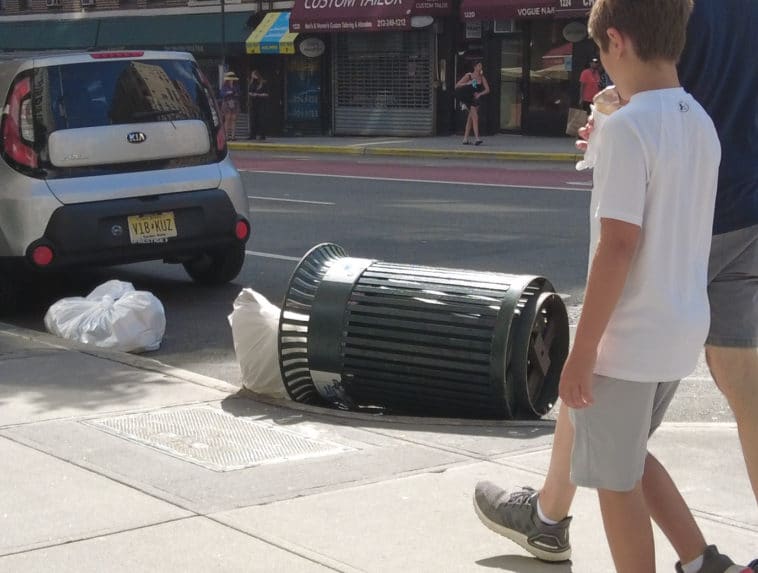 MANHATTAN – The unhinged, shirtless man wreaking havoc on Upper East Side trash cans for months has been taken in custody and is now hospitalized and being evaluated by medical professionals, police announced Monday afternoon.

Neighbors say the deranged man makes several passes along Lexington Avenue each day, starting early in the morning, digging through trash cans from East 86th Street to East 77th Street, then kicking, throwing and smashing them in the street.

His fingers bandaged and wearing makeshift-kneepads constructed from plastic shopping bags— Upper East Site tailed the unwell man in a shower cap as he made his way down Lexington Avenue one day earlier this month.

The man dug through trash cans along the way, nibbling on things he found, spitting out what he didn’t like, smashing glass bottles into the street and parked cars and throwing trash at traffic. Though he didn’t disturb any garbage cans while we were watching, some were already tipped over that day.

Several businesses along the stretch have chained their trash cans to posts so they won’t become the can tosser’s next target— in fact, there are no trash cans at all at the intersection of East 77th Street and Lexington Avenue, in what appears to be an extreme response to the situation.

Today’s hospitalization is clearly not the first for the man— as he was seen wearing hospital wristbands by an Upper East Site photographer earlier this month.

In fact, less than two weeks earlier, the NYPD’s 19th Precinct on the Upper East Side tweeted that same man was hospitalized today in a nearly identical statement.

The NYPD now says it is working with the Department of Homeless Services, elected officials and other city agencies to make sure the man gets the help he needs.

Andrew Fine, Vice President of the East 86th Street Association, has been chronicling the drama on twitter— following the can tosser and tweeting live updates on the situation, including today’s developments.

ALSO READ: Upper East Side Cops Go Above and Beyond to Get Man with Autism Back Home to Florida

“Help will include Mental and Physical treatment, social services, and housing assistance,” Fine wrote in a tweet announcing the man was off the streets.

“I hope that this time, the coordinated effort will make a difference and that the guy gets well.” 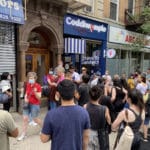 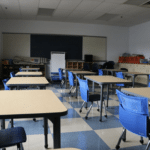