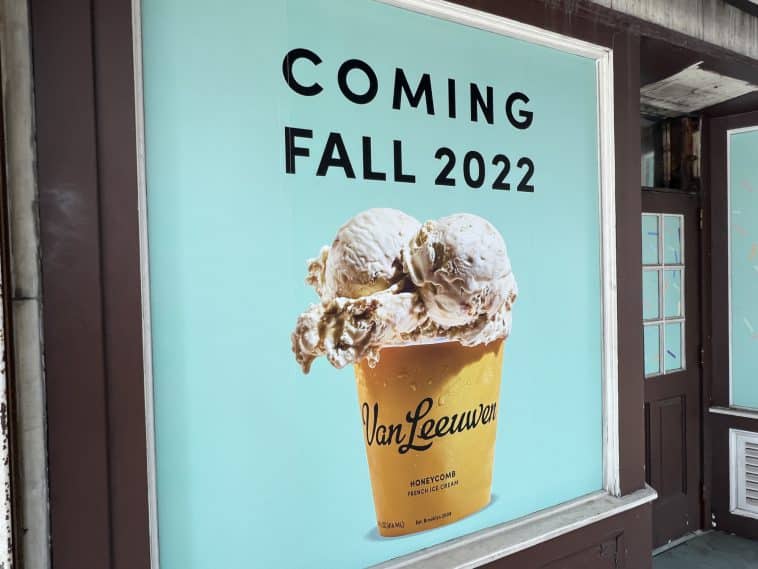 There’s no shortage of places on the Upper East Side to get delicious ice cream on a hot day— whether it’s a perfect soft serve cone from Ralph’s or the premium hand made flavors at Anita Gelato, there’s something for everyone. Now, the popular New York City-based Van Leeuwen chain is expanding its footprint in the neighborhood with a second UES ice cream shop opening this fall.

The first Van Leeuwen ice cream shop on the Upper East Side opened four years ago at 1625 Second Avenue, between East 84th and 85th Streets, and quickly became a bustling dessert spot on hot summer nights– serving up scoops of the ice cream made from scratch at Van Leeuwin’s factory in Greenpoint, Brooklyn.

The popular ice cream purveyor now has plans to open a second Van Leeuwen location at 1270 Third Avenue, at the corner of East 73rd Street, in the space formerly occupied by the card and gift shop Papyrus, which closed in 2020.

Right now, the space appears to still be in the demolition phase of construction, with no obvious signs of the future ice cream shop coming soon. It is worth noting this space is far larger than the Second Avenue location.

Known for a variety of dairy and vegan offerings, Van Leeuwen got their start in the big apple more than a decade ago.

The company began by selling their ice cream from a single truck in Soho in 2008, before rapidly growing into a chain of shops and selling pints in popular grocery stores like Whole Foods.

Last summer, Van Leeuwen caused a frenzy at their New York City shops with the release of Mac N’ Cheese flavored ice cream, made in collaboration with Kraft foods, which drew a long line of ice cream lovers to the Second Avenue location, eager to get a pint. 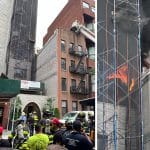 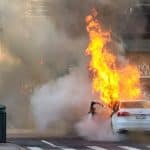