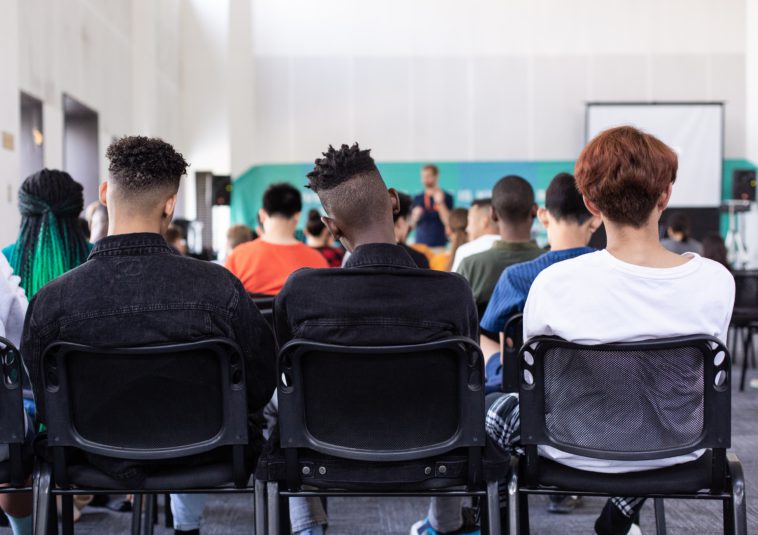 This article was originally published by Chalkbeat, a nonprofit news organization covering public education. Sign up for their newsletters here: ckbe.at/newsletters”

If someone in an Upper East Side public school classroom tests positive for COVID this fall, fully vaccinated students and staff will not have to quarantine as long as they haven’t been infected and don’t have symptoms, city officials said Thursday.

Additionally, officials said they’re only considering closing buildings when there are positive cases in four or more classrooms, which is similar to the policy for summer school. If approved, the closure plans could mean that learning won’t be disrupted as much as it was last year, although schools will have to decide how to instruct students when some are able to stay in the classroom while others who are unvaccinated will have to quarantine.

Officials are also planning a “robust” COVID testing program, but none of these plans are final yet because the city is awaiting approval from the state education and health departments, said Chris Groll, acting assistant commissioner for the Office of School Health, during a meeting of the chancellor’s Parent Advisory Committee, known as CPAC.The state health department has declined to offer reopening guidance this fall, but a spokesperson for the city’s education department said they are keeping state officials informed of their plans.

“If you’re vaccinated, and we know that there’s proof of vaccination, that close contact will be removed from the quarantine list and will be able to continue to attend class, which is really a huge incentive,” Groll said. “Because obviously, more folks who are vaccinated helps us on the case side, helps us fight the delta variant but more importantly, keeps kids in front of teachers and keeps teachers in front of kids.”

Fifty-three percent of children ages 12-17 have at least one dose of the vaccine. Children under the age of 12 have not yet been approved for vaccines but could become eligible before the end of this year.

Roughly 60% of department staff have been vaccinated, but city officials believe the number is higher since many may live outside New York City, and therefore may not be counted in the city’s figures.

Earlier this month, de Blasio announced that city employees, including teachers, would be required to get vaccinated or get a weekly COVID test, but it’s unclear whether that test will happen inside of schools.

In updated guidance, CDC says that students don’t have to quarantine, no matter how close they were to an infected person, as long as both people were wearing masks properly. City officials did not immediately say whether they plan to follow this recommendation.

Last school year, anyone in a classroom with at least one person testing positive for COVID had to quarantine for 10-14 days. The policy changed in April to allow fully vaccinated people to remain in school unless they had COVID symptoms or a positive test. That policy — in line with U.S. Centers for Disease Control and Prevention recommendations — continued for summer programs and will continue into the fall, said Mayor Bill de Blasio at a separate press conference on Thursday.

Vaccinated people are far less likely to be infected with the coronavirus or develop serious illness, according to the CDC. Still, two public health experts previously told Chalkbeat that even those who are fully vaccinated should be required to quarantine since the delta variant is highly contagious, and asymptomatic people can still spread it.

Susan Hassig, an assistant professor of epidemiology at Tulane University, suggested that vaccinated staffers and students could be allowed to return to school immediately after they get a negative test, following two to three days in isolation.

The CDC also recommends that vaccinated people get tested three to five days after exposure to an infected person, even if they don’t have symptoms.

In response to parent concerns that vaccinated and asymptomatic people can still spread the virus, Groll said the education department’s policy is not banking on vaccination being “the golden ticket,” but rather it’s layered with universal masking, air purifiers in classrooms, and three feet of social distancing, which together have been found to limit spread of COVID in schools. But officials have acknowledged that distancing may remain a challenge at overcrowded schools and have hinted that they will give leeway to schools that cannot follow such guidance.

City officials have not yet disclosed COVID safety protocols for the fall, but Groll offered some clues about closure policies, testing, and how the city will now define a close contact.

Groll said if there are four or more confirmed cases across four different classrooms over seven days, the city’s health department would begin an investigation. After that, they would decide whether the school needs to close. That appeared similar to closure policies for the city’s Summer Rising program, but a spokesperson did not provide more details.

Groll also said that the city will conduct random COVID testing that could either happen weekly or bi-weekly, but did not say more.

Additionally, Groll said teachers will be required to stand six feet away from students, saying that student-to-student spread has been found to be “low,” but officials remain concerned about adults infecting children. Several studies show that COVID transmission among students is “relatively rare” when schools have strategies to prevent transmission, according to the CDC.

Despite such studies, parents have asked the education department for a remote option for families.

De Blasio emphasized Thursday that no such option is on the table, and said city is still hashing out what it will look like for students who do have to quarantine.

“How we deal with a kid who is out for a week is something we’re working through right now, but we’re going to be on a fully in-person system,” de Blasio said. 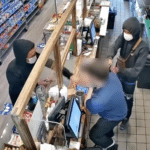 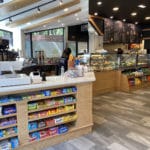