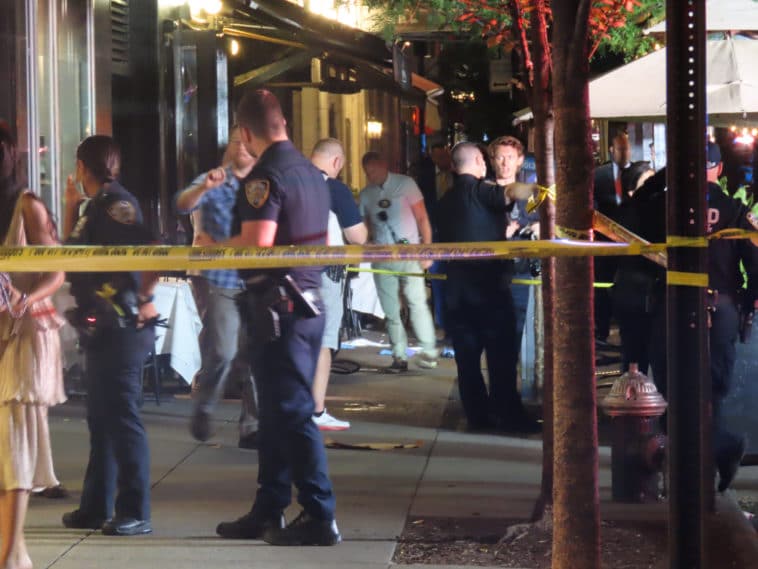 MANHATTAN – A pair of robberies gone wrong outside a trendy Upper East Side restaurant ended with two men robbed, one of them shot and a pair of armed suspects on the run, a senior law enforcement source tells Upper East Site tonight.

The two suspects armed with guns came up on their victims sitting at two different tables in the outdoor dining setup at Phillippe Chow on East 60th Street between Park and Madison Avenues around 10:00 pm Wednesday night, police say.

The first restaurant stick-up went according to plan with the 31-year-old victim in that robbery handing over his Rolex watch, but the second didn’t comply with the robbers demands—  sources say the second victim actually grabbed the suspect’s pistol and the men struggled over it– the gun fired, sending a bullet into the 28-year-old customer’s left leg.

Frightened diners raced into a gated entryway to the townhouse next door to hide from gunfire– witnesses say when they peeked over a wall, they saw a gunman run past them.

The robbers got away, speeding off from the scene with a third suspect acting as a getaway driver– but the violent criminals left one of their guns behind, what appeared to be compact Glock handgun could be seen inside the outdoor dining structure.

“You got two guys robbed, one guy shot, and two perps in the wind,” the senior law enforcement source said.

Cell phone video taken immediately following the shooting that was reviewed by Upper East Site shows two young doctors– who happened to be dining at the restaurant when gunfire rang out– aiding the shooting victim on the sidewalk.

Tablecloths sopping with blood are wrapped around the man’s leg in the video as the doctors used their fingers to plug the gunshot wound to stop the bleeding, then raised the man’s legs to get blood flow to his brain so he didn’t pass out.

The customer who fought back and took a bullet for his troubles was rushed to New York Presbyterian-Weill Cornell Medical Center with what were described by officials as ‘minor injures.’

The shooting sent a flood of officers to the scene including the NYPD’s elite Emergency Services Unit and brass as high as the Deputy Commissioner of Intelligence and Counterterrorism.

On the Upper East Side, shootings were up 300% year-to-year before tonight’s bloodshed— the fifth shooting on the UES this year– according to NYPD CompStat data.

So far, no description of the robbery suspects has been released. Stay with Upper East Site for updates on this developing story. 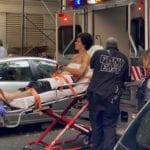 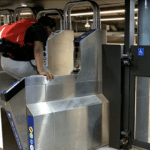