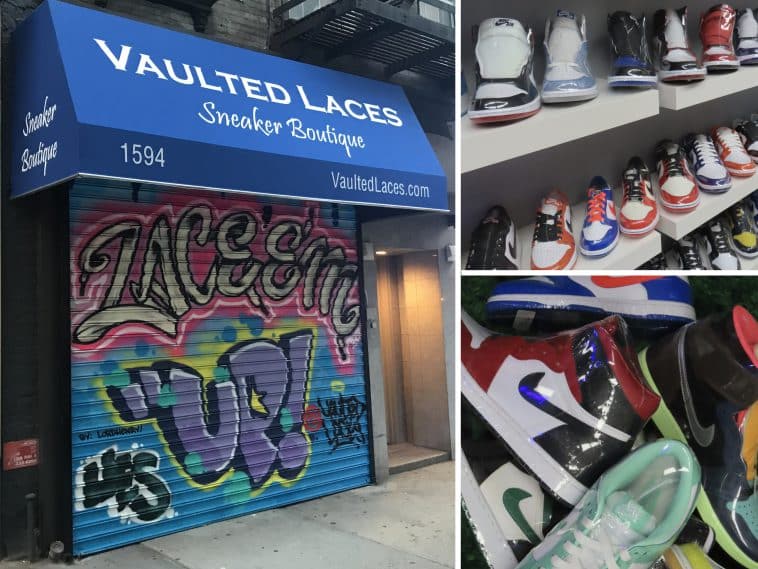 The Upper East Side is getting a colorful new neighbor this week with Vaulted Laces, a sneaker boutique opening Tuesday at 1594 Third Avenue, between 89th and 90th Streets. First-time business owner Alper T., 33, is excited to bring the “sneaker game” to the neighborhood.

A born and raised Upper East Sider, Alper, who declined to share his last name, told Upper East Site in an interview that Vaulted Laces is the next step in his 12 year-career authenticating super rare, hard-to-get, pricey sneakers and selling them online.

He was inspired to invest in a brick-and-mortar storefront when Nike started selling his favorite sneaker again after a hiatus. Alper said this “full force” resurgence of the shoe “made my passion come back alive.”

In seventh grade, Alper says he got his first — and to this day, favorite — pair of sneakers, Nike Dunk Low Pro SB ‘Purple Pigeons.’ Wearing this pair sparked his passion for sneaker culture, what he calls the “sneaker game.” He aims to provide a place for both experienced collectors and those new to the community to buy their shoes.

“We’re here to support whomever, whether it be the person that already has 25 pairs in their collection, or someone that’s looking for their first pair, you know, we’re here for everyone,” Alper said.

The sneaker industry, worth a whopping $70 billion worldwide in 2020 (according to market research company Statista), wasn’t always so big. Sneakers were once a simple, utilitarian shoe relegated to gym bags and locker rooms, valued among athletes but largely ignored by the general public.

Basketball legend Michael Jordan released his now iconic Air Jordan shoe with Nike in the 1980s, available in red, black, and white, and other brands followed suit, releasing colorful, statement sneakers that captivated customers. After this, sneakers became not just footwear, but a fashion accessory in their own right, attracting collectors and fans around the world, who would come to be known as sneakerheads.

The store embraces this popularity with shelves of shoes lining an entire wall, sneaker-themed art, and a full-length mirror topped with a light-up sign reading “Lace ‘Em Up.”

There is also a mural on the back wall of the store painted by Lord Henry, an artist friend of Alper’s, which is covered with a sheet until its big reveal on opening day.

Alper says Vaulted Laces, so named for its high-end line of products and elevated atmosphere, sets itself apart from competitors and chain sneaker stores through its a dedication to sourcing quality items not typically found in popular retailers.

The store carries several brands, including but not limited to “[Nike] Jordan, Adidas, Yeezy,” but if a customer comes in seeking something not available on the shelves, Alper says that “nine times out of ten” he will be able to “source” the item and procure it.

In addition to sneakers, Vaulted Laces also carries Supreme brand shirts and bags, and will launch its own branded clothing line on opening day. Though only t-shirts will be available for Tuesday’s grand opening, Alper hopes to expand to other products in the future.

As he puts the finishing touches on the store, setting up Vaulted Laces stickers and business cards, lining up shoes and organizing the small sitting area by the door where customers can try on their favorite pairs, Alper told this reporter that he is excited to meet a “demand” in the neighborhood for high-end sneakers.

Describing how it felt to put on his ‘Purple Pigeons’ for the first time back in middle school, he said “It definitely gives you some sort of an uplift, it’s a culture, honestly. It gives you this feeling of satisfaction.”

Alper hopes that through his business, he will share that satisfaction with the Upper East Side. 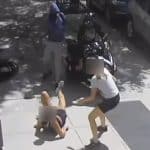 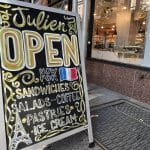