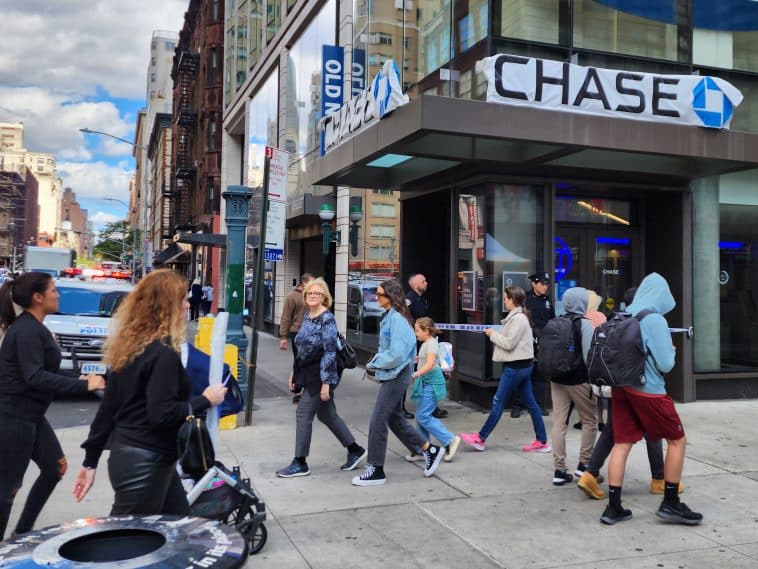 A bustling Upper East Side street corner became a crime scene once again, following a bank robbery along the busy East 86th Street corridor Wednesday afternoon. For the second time in fewer than six months, a bold robber targeted the Chase bank located at the corner of Lexington Avenue, despite a police presence on the block.

It was around 12:30 pm Wednesday afternoon, when police say the brazen bank robber walked into the Chase branch located at 147 East 86th Street, walked up to a teller and slipped them a note demanding they turn over money.

The entrances to the Chase bank were taped off by police Wednesday afternoon– officers stationed at the doorways kept oblivious customers out of the crime scene as detectives investigated the brazen midday heist inside.

At this point, investigators say it’s not clear how much loot the crook made off with, but thankfully, no one was hurt.

This is the second time in less than six months that this Chase branch has become the target of a robbery. The NYPD officers stationed in a patrol car on East 86th Street– just steps from the bank– have not been a deterrent for some criminals.

Another suspect escaped after a robbery at the same bank last March— in which a note was also used to demand cash from a teller— however, it is not clear if the two crimes are connected.

Police describe the suspect in Wednesday’s robbery as a man in his mid-40s, standing 5’10” tall and weighing 180 pounds. He was last seen wearing dark colored clothes.

If you saw anything or have any information that could help police catch the person responsible for this bank robbery, you’re asked to call the NYPD’s Crime Stoppers Hotline at 1-800-577-8477. 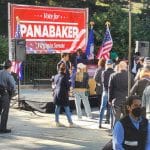