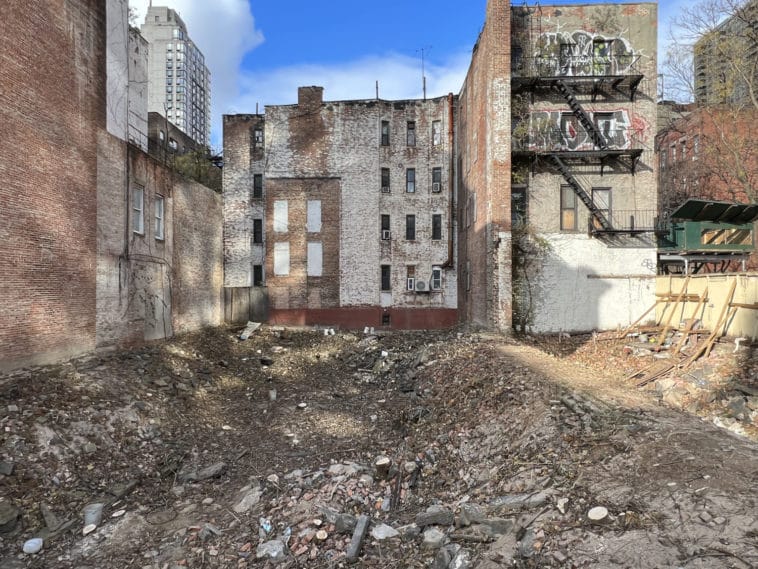 MANHATTAN – After a decade of neglect, it became the neighborhood eyesore and a hot button issue with neighbors. Now the long vacant lot— overgrown with weeds and trees and overrun with rats– at the corner of East 78th Street and First Avenue has returned to being a barren dirt field hidden behind the tall green walls that kept it fenced off from the public for years. Still a long way from the community garden neighbors hoped would take its place.

“We miss the trees and we hope that the owners will work continually to make the lot safe for all,” grassroots community group UES Green Space Now told Upper East Site.

Three days before Christmas, contractors hired by the property’s owner cleared the entire lot of every last piece of vegetation— every plant pulled up, every tree, chopped down. A peek inside through a hole in the fence reveals that crew eliminated everything green from the double lot, but did leave behind rocks, bricks and bits of trash.

Earlier this month, UES Green Space Now was joined by local elected officials— including Council Member-elect Julie Menin and Congresswoman Carolyn Maloney— to raise awareness of this blight on the neighborhood— as well as gather signatures for a petition to turn the eyesore into something positive, like a community garden.

Activists say the Upper East Side wants “more publicly available green space,” adding that “this particular lot, which is empty and now semi-cleaned, is an appropriate place to start.”

Meanwhile, the owner of the lot— identified by CBS2 as Robert Chou— ordered the site’s clearing after being contacted Council Member Elect Julie Menin— whose office tells Upper East Site she asked that immediate action be taken to address the rat-infested eyesore.

As for the rats, the Department of Health and Mental Hygiene– which handles the City’s rodent issues– tells Upper East Site the vacant lot “failed an inspection in September, and the Department baited it several times over the past year, most recently in October. In addition, an extermination took place earlier this month.”

Though the lot is now clear, the community green space activists say the neighborhood needs, seems highly unlikely to happen at this point. Mr. Chou told CBS 2 reporter Thalia Perez the property is slated to be redeveloped— and when pressed on whether a community garden was a possibility, Chou told her “no.”

If Mr. Chou won’t work with the community on this, Council Member-elect Menin says she’s going to pursue a legislative options to get much-needed green space for Upper East Siders— including a bill allowing temporary community gardens on vacant lots until the lot is developed.

“We are ready and willing to work with Mr. Chou, our representatives, and the entire community to help make this happen,” UES Green Space Now added. 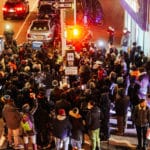 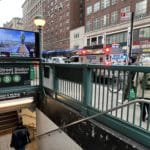