MANHATTAN – With the full City Council set to vote on the controversial Blood Center tower project next week—  Upper East Side Council Member Ben Kallos, who has been one of the loudest voices against rezoning the Blood Center’s property— echoing neighbors’ sentiments— is appealing to all New Yorkers to mount a pressure campaign to prevent a deal cut last week from being approved by the full Council.

In an Op-Ed for the Daily News published Wednesday morning, Kallos lays out the case against moving forward with the Blood Center tower—  and explains why what happens with this project could impact every neighborhood at some point.

Last week, the Council’s Land Use Committee broke with the long held tradition of deferring to the local council member on rezoning issues and instead voted to move forward with a compromise struck on the Blood Center tower project without Kallos.

“To pave the way for this vote,” Kallos writes in the Daily News, “much was done to paint me as unreasonable and the Blood Center as at risk.”

“Untrue,” Kallos explains. “The Blood Center testified to the Council that closing this location for years of construction would have no impact on its ability to distribute blood to New York.”

The proposal, which would rezone the New York Blood Center’s property on East 67th Street in order to build a sprawling office tower and bio-medical sciences campus at the site, hinges on the developer’s needs– not the Blood Center’s— Kallos points out.

“The Blood Center will only be getting one-third of the new building, while two-thirds will go to commercial life-sciences offices,” Kallos writes in the Daily News Op-Ed.

In order for the New York Blood Center to get the updated space it wants without having to foot the bill on its own, the Blood Center partnered with a developer who would not only build out their new space, but also build a revenue stream for the developer.

“The gap we could not cross in our negotiations was how high these money-making spaces would rise,” Kallos explains in the Daily News.

“The least they could do was to move 30 feet of mechanical equipment from the middle of the building to the roof and lower their ceiling heights from 18 feet to a more standard but still tall 14 feet.”

Opponents say the development will cast a shadow over the Julia Richman Educational Complex across the street and St. Catherine’s Park— shading the only green space in that area of the Upper East Side.

The compromise reached without Kallos brings the building down to 233’ tall— but Kallos says that deal, which paved the way to break with Council tradition, is something all New Yorkers should worry about.

“In this case, pro-real estate interests wanted to send a message to the next Council that they no longer have the power to negotiate on behalf of their constituents,” he writes.

The full City Council is set to vote on the Blood Center tower project November 23rd— Kallos is calling on New Yorkers to tell their Council Members to vote ‘no.’

“Approval from the full Council,” Kallos writes in the Daily News “would create a blueprint for deep-pocketed developers to get what they want.”

Council Member Kallos promises he would still work with the Blood Center to reach a compromise if the project is voted down by the council next week. 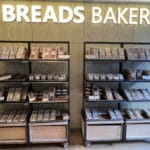 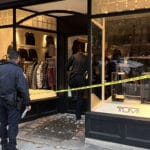