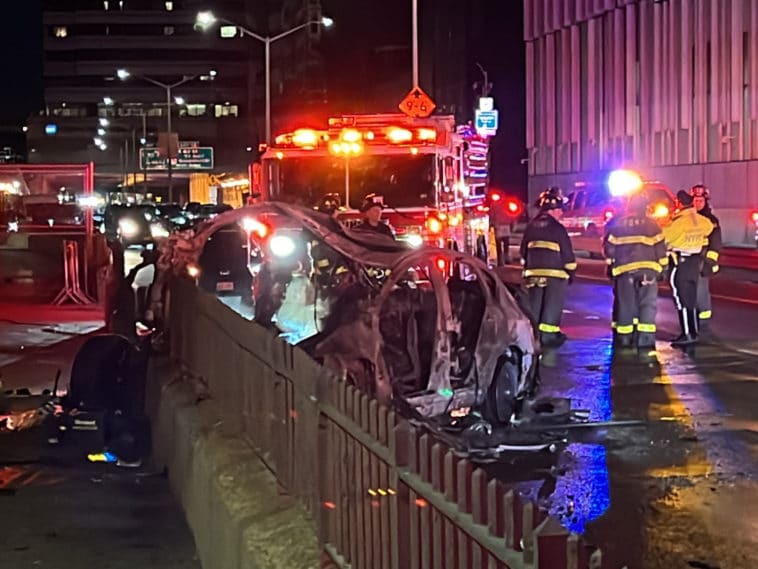 MANHATTAN – Two women tragically lost their lives in a horrific car crash early Friday morning on the FDR Drive on the Upper East Side— shutting down traffic for several hours as police investigate how the fiery crash unfolded.

Investigators confirm to Upper East Site it was around 4:30 am Friday morning when a speeding Infiniti sedan slammed into the concrete barrier along the right side of the FDR Drive’s northbound lanes near East 74th Street.

The impact so severe car parts were thrown a block north of the crash scene on to the East River Esplanade at East 75th Street.

The vehicle then burst into flames, police say, the inferno killing two women trapped inside the twisted metal and fire.

The 33-year-old man behind the wheel of the Infiniti was able to escape the wreck and was rushed to the hospital in serious but stable condition.

The surviving driver and women who lost their lives in the crash have not yet been identified.

Police say the driver just wasn’t able to maintain control of the vehicle and speed definitely played a factor in the crash.

Northbound lanes of the FDR are still closed at this time as the NYPD’s Collision Investigation Squad documents all the evidence to determine a clearer picture of how the horrific crash played out.

Southbound lanes were also backed up a mile as rubbernecking drivers slowed down to see firefighters hosing down the smoldering wreckage.

Police were advising drivers avoid that area of the FDR Drive on the Upper East Side for some time as the investigation continues. The northbound lanes were reopened just after 11:00 am.

Late Friday afternoon, the NYPD announced the driver of the Infiniti had been taken into custody.

On Saturday, the NYPD identified the victims of the crash as 35-year-old Kesha Montez of Yonkers and 29-year-old Mahogany Robinson of Columbus, Ohio.

Detectives announced 33-year-old Daquan Allen of the Bronx was charged with reckless driving on Sunday. 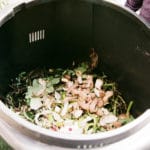 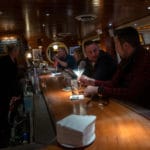