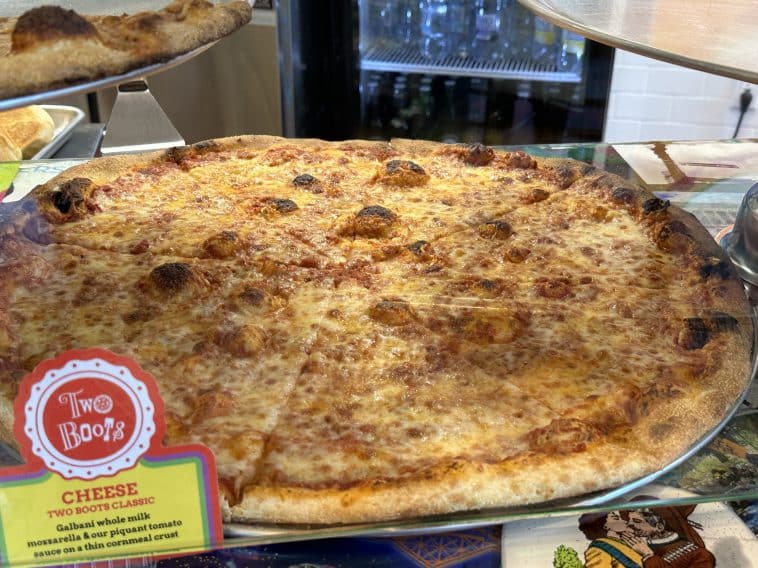 The Upper East Side has more competition when it comes to the best slice of pizza in the neighborhood, that’s because Two Boots quietly made its triumphant return this week, opening a new Lenox Hill pizzeria after a four year absence from the neighborhood.

Two Boots, which is named after the shape of both Italy and the state of Louisiana, has opened up its newest pizza shop at 1243 Second Avenue, at the corner of East 65th Street, in a space that’s been completely transformed since its day’s as a florist.

Step inside and a long counter lines the right side of the restaurant, separating the staff — busy preparing pizza pies — from the seating area on the left.  Intricate tile work decorates a pole in the center of the seating area, while a large pizza pie sculpture and individual slice adorn the ceiling and far wall.

In the center of the restaurant’s counter is a large display case packed with Two Boots’ popular specialty slices, known for their Cajun-Italian fusion of flavors and wide selection of vegan options.

The number of plant-based pies offered by Two Boots has grown to nine, with slices of The Vegan Cleo — named after the 70’s Blaxploitation film crime fighter Cleopatra Jones and topped with plant-based sausage, roasted peppers, red onions and Daiya vegan mozzarella — being offered in-store daily.

Meat eaters definitely should not feel left out, The Cleo is also available with sweet Italian sausage and mozzarella, plus there’s also the ever-popular Bayou Beast— which comes topped with spiced shrimp, crawfish, andouille, jalapeños and mozzarella. The Mr. Pink — named after the character from the film Reservoir Dogs— topped with creole chicken, plum tomatoes, fresh garlic and mozzarella.

Prices at Two Boots are on par with other pizzerias in the neighborhood. A plain slice will set you back $3.25, while a specialty slice costs $4.95. Vegan slices are $5.50 each.

This is the second time around on the UES for the Two Boots — which closed its longtime longtime pizzeria at the southwest corner of East 84th Street and Second Avenue back in 2018. 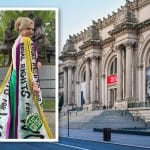 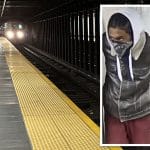