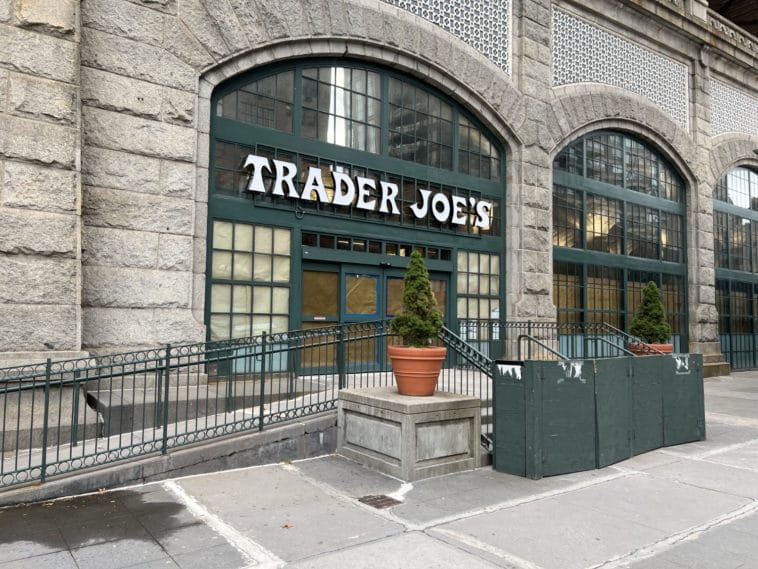 Just minutes before the doors open at the Upper East Side’s first Trader Joe’s next Thursday morning at 8:00 am, a ribbon-cutting ceremony will be held at the highly-anticipated store.

ALSO READ | The Best Iced Coffee on the Upper East Side

Trader Joe’s says the store’s Captain– who comes from TJ’s Union Square store– as well as the whole Upper East Side Trader Joe’s Crew will be on hand to welcome shoppers into the 20-thousand square foot space under the Queensborough bridge.

Inside the supermarket, shoppers will notice the Bridgemarket’s historic vaulted herringbone tile ceilings have been reconditioned to look spectacular– with upward facing lights to showcase the space’s the old-New York flair.

You’ll also see new murals paying tribute to other landmarks in the city– including United Nations headquarters and Roosevelt Island– throughout the store.

Earlier this month, exclusive photos on Upper East Site showed the counters at the checkout area all matching the architectural renderings provided to the City’s Landmarks Preservation Commission in February 2020– an indication the Trader Joe’s Bridgemarket was nearing completion.

Permanent signs up went up at both the East 59th and East 60th Street entrances to the Trader Joe’s new Upper East Side store in mid-November– taking the place of the ‘Now Hiring’ banners that hung for months.

Trader Joe’s says 99% of their crew at the new Upper East Side store are New York City locals– and the grocer notes it’s still hiring to fill positions at the so-called Bridgemarket store.

Up until today’s announcement, Trader Joe’s had been tight-lipped about the store’s opening timeline since 2020, when it was revealed the grocer would be moving into the space– most recently TJ’s would only tell Upper East Site they “plan to open this fall.” 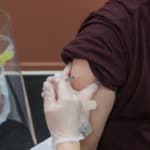