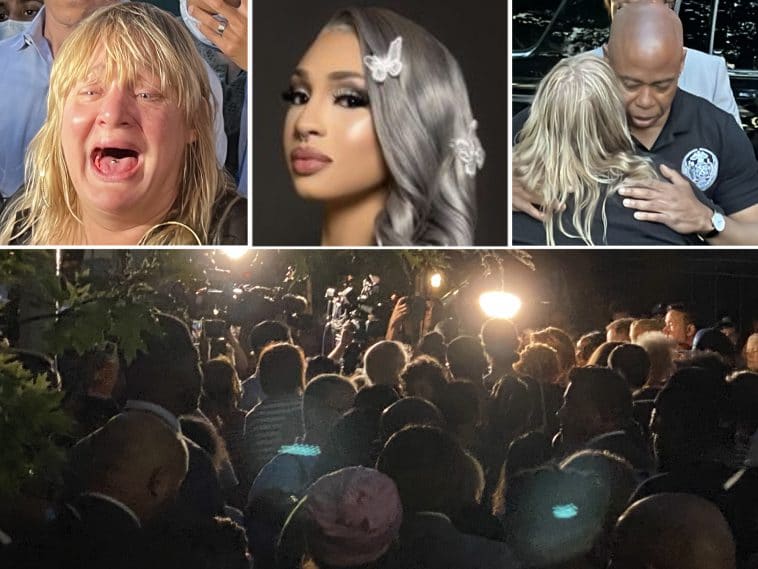 MANHATTAN – Speaking trough tears, the mother of a 20-year-old woman fatally shot on Wednesday on East 95th Street between Third and Lexington avenues addressed a vigil Thursday evening at the Upper East Side crime scene where her daughter had been slain just twenty-four hours earlier, telling the crowd of more than one hundred people, “the city failed my daughter.”

Lisa DeSort, the mother of Azsia Johnson, who was shot and killed Wednesday night as she pushed her 3-month-old daughter Chloe in a stroller, said her daughter had been the victim of domestic violence. She told the crowd that her daughter’s partner had been abusing her for months, even during her recent pregnancy.

Visibly distraught, DeSort said that she had reported the partner’s threats and physical violence to the police, but “they told me, ‘it’s not harassment cause he’s talking. He’s just talking cause he’s mad.’”

“I kept telling them, ‘he’s threatening my daughter’s life.’ And they didn’t believe me. And now my daughter’s dead. And this is why we’re here.”

The suspect, described by police as a man wearing a black hoodie and black sweatpants, has not been apprehended. The NYPD is investigating the killing as a domestic incident.

Upper East Side City Council Member Julie Menin, whose office collaborated with domestic violence nonprofit We All Really Matter (W.A.R.M.) to organize the vigil, told the gathering, “We are way past the point of thoughts and prayers. Nothing is going to change unless we make it change.”

Addressing the twin crises of intimate partner violence and easy access to guns, she said that every council member had been allocated funding “to use in their communities to fight back against domestic violence.”

Embracing DeSort, Mayor Eric Adams told the crowd, “This is what the fight is about, it’s on our streets. This is what we’ve been talking about over and over again. Real stories, real people, who are losing their lives.”

He commended the community for uniting after the tragedy, adding that the city needed to “send a strong message, that we don’t want to wake up to gunshots, we don’t want to see murder on our streets.”

The fatal shooting took place on a tree-lined block full of brownstones and near a school building that houses two public schools.

Johnson was walking on East 95th Street Wednesday night with her daughter when, according to the police, just before 8:25 pm, a man approached her from behind and shot her once in the back of the head.

First responders rushed Johnson to Metropolitan Hospital, where she was pronounced dead.

Some neighborhood residents were shaken by the killing, especially given that fatal shootings on the Upper East Side are relatively uncommon. Others were simply saddened.

Emily, who asked that her last name not be used, lives on East 95th and told Upper East Site at the vigil, “It’s really scary and unsettling.” She added that she is worried for the overall safety of the neighborhood, and wants local politicians to work to provide “equal levels of safety around the city.”

Another resident of the neighborhood, Bettina K., heard the gunshot on Wednesday night and what she thought was a scream.

Referring to the school yard adjacent to the crime scene, she said, “Everybody sort of stopped playing basketball for a minute.” When she saw the players resume their game from her apartment window, she thought she had imagined hearing the gunshot and scream. 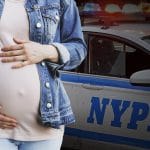 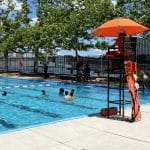