MANHATTAN- Nearly five years after the a site near the corner of East 88th street and 3rd Ave was razed, a hulking, move-in ready luxury high rise now stands in its place as construction is finally completed.

At 50-stories, the tower at 180 East 88th Street is now the tallest building above 72nd street on the East Side. Despite most of the building’s frontage building directly on 3rd avenue, the building uses an 88th street address and entrance for residents.

You might remember this luxury building from a NBC4 News investigation a few years back when construction workers at the site were seen day after day smoking weed in a nearby park then performing dangerous construction work high above the street.

If you’re interested in snagging a luxury pad here, a studio will set you back just under $1.3 Million. However, the constant noise, vibration and choking exhaust fumes of idling trucks from the Whole Foods loading dock across the street make it poor location if you’re seeking a sanctuary.

Just check out the exchange that got recorded and ended up on ‘What is New York’ last October. That’s 180 East 88th street way in the background. I guess we should be thankful that at least the construction is over.

Guy on the 23rd FL of this building using a bullhorn to argue with a man idling his truck in the street #whatisnewyork pic.twitter.com/rLpL7Z4XWZ 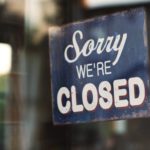 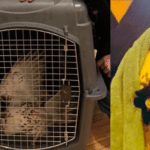