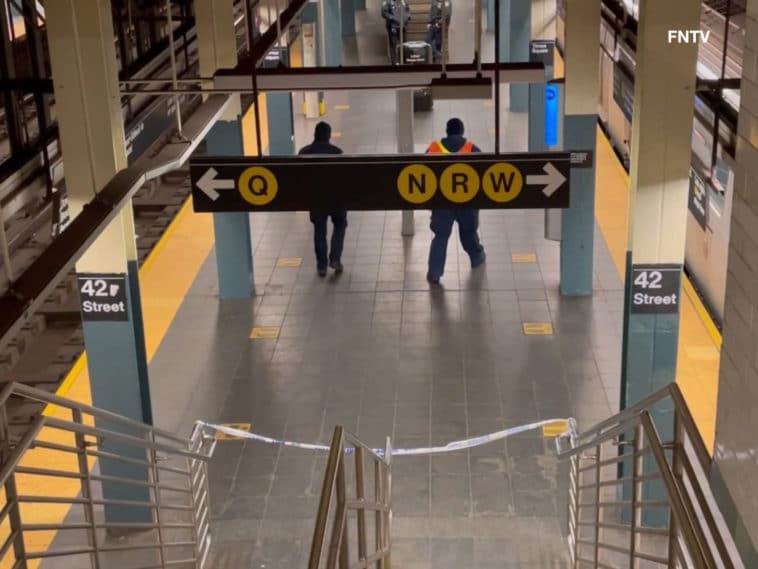 Woman shoved to her death while waiting for subway train in Times Square/FreedomNews.tv

Facing a surge in the number of people trespassing on the tracks — and weeks after a woman was pushed to her death in front of a train — the MTA is opening the door to testing platform barriers in three subway stations.

The commitment from Janno Lieber, the MTA Chairperson and CEO, marks an about-face for a transit agency that has long argued that potential billion-dollar costs and engineering hurdles make installing the protective barriers a non-starter across much of the 117-year-old subway system.

THE CITY reported last month on the MTA’s previous attempts to test platform doors, noting they are used in transit systems around the world and even locally on the AirTrain. Lieber at the time acknowledged they are “an idea that works in many places,” while saying  “special complexities in New York” largely make the barriers a no-go in the subway.

But during an appearance Wednesday on NY1, Lieber said the MTA will test the barriers at three stations where automatic platform gates or platform screen doors were found to be feasible.

“It’s Times Square, at [Third Avenue] on the L train, and the Sutphin Boulevard stop, where the JFK AirTrain connects,” he said.

A 3,920-page systemwide feasibility study identified the three stations as among those where the protective barriers are an option. The study, completed in February 2020, was not made public until last month amid renewed calls for increased platform safety after Michelle Go was pushed to her death in front of an R train at Times Square-42nd Street.

The project at the three stations is expected to be completed by 2024 and cost more than $100 million, according to an MTA spokesperson.The previous study found that installing them at 128 stations — or just over a quarter of the MTA’s 472 stations — could cost close to $7 billion, with nearly $120 million in annual maintenance costs.

Lieber revealed the plans a day ahead of the release of a report from the MTA’s track trespassing task force, which was put together in response to the growing number of people making their way onto tracks.

“A lot of people are doing it voluntarily,” Lieber said. “Sometimes people with mental health issues do it and they don’t understand the dangers.”

Lieber said the MTA will also test high-tech ways to spot people and objects that are in the path of trains and work with the psychiatry department at NYU Medical Center to figure out how to deter people from killing themselves in the transit system.

Aaghosh Sajan, who was waiting for a train on the No. 7 line’s Times Square platform where barriers will eventually be tested, said the study could be very useful for a city struggling with issues of mental health and homelessness.

“That is a better way to solve the problem, to understand why people behave the way they do,” said Sajan, 21, a pre-health student.

THE CITY also reported last month that the MTA has issued a call out to the railway and technology industry on how to deploy “track intrusion detection systems” that would use lasers, thermal sensing and artificial intelligence to detect and distinguish between animate and inanimate objects from up to 600 feet away and set off alarms if necessary.

It’s the latest phase in a years-long effort by the MTA to test technologies that spot people or large objects on the tracks.

“We’re going to put the money together, which is a little complicated,” Lieber said Wednesday. “But our goal is to try out these technologies at different places in the system.”

The track safety efforts come after an increase in track trespassing and the unprovoked fatal shoving from a platform at the busiest subway station in the city.

MTA data provided to THE CITY showed people entered the tracks 116 times in December 2021, contributing to 2,093 delays. That’s a major increase from August, when 57 track trespassing incidents led to 682 delays.

“The public should see the MTA is really taking rider safety as a real concern and a real need,” said Stephanie Lotshaw, director of agency policy at TransitCenter, a research and advocacy organization. “They’re looking at solutions that have been used in other places but also looking more broadly at ways to invest in better social infrastructure to prevent track intrusions.”

Transit systems in Europe and Asia have platform barriers, including sections of the Paris Metro, the London Underground and the Hong Kong MTR network. The Paris and São Paulo are among the systems with stations retrofitted with platform doors.

The MTA had previously planned to test platform screens and automatic platform gates on the No. 5 at the Pelham Parkway station on the No. 5 lines, according to a 2016 report.

The agency also scrapped plans in 2018 to test the technology at the Third Avenue station during what would have been the L train shutdown, opting instead to put the money into making the 14th Street complex between Sixth and Seventh avenues accessible for people with disabilities.

“It was always, ‘Maybe we’ll do it, we’ll take a look, we’ll do an experiment,” said Charles Moerdler, who served on the MTA board from 2010 to 2019 and repeatedly sought to have platform barriers tested in the subway. “And nothing ever happened.”

The MTA also passed on installing them in the system’s newest stations: the No. 7 line’s 34th Street-Hudson Yards terminal, which opened in 2015, and the three Q line stations that opened beneath Second Avenue in 2017.

A former top MTA official who asked not to be identified told THE CITY that the Hudson Yards terminal has reinforced platforms capable of supporting platform doors, but that installing them could have further delayed the opening of the sprawling station.

Lisa Daglian, executive director of the Permanent Citizens Advisory Committee to the MTA called the barriers “another tool in the toolkit” for subway safety, but said installing them is no easy lift.

“They limit accessibility for people with disabilities and they are very heavy, so they could require entire platform reconstruction which could shut down stations for periods of time,” Daglian said. “It’s not a panacea, it’s not a one-size-fits-all cure.”

Of the 66 stations along the A/C lines, 41 were found to be potentially compatible for platform doors, according to the feasibility study. That’s the most among non-shuttle lines, while less than 3% of the stations on the No. 3 line were found to be fits.

Putting barriers on the No. 7 line’s center-island platform at Times Square-42nd Street would cost more than $30 million, according to the feasibility study that started in 2017. It is among the stops where the technology will be tested.

As she waited for a No. 7 train at Times Square, Halina Janokowski, 66, said she sees benefits to the barriers giving riders added peace of mind.

“The number of people that have been pushed has gone up,” she said. “Even when I am waiting for the train, I don’t stay too close to the edge.” 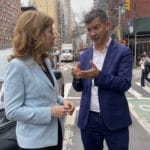 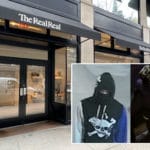