Stolen sculpture on display at the Met returned to people of Libya/Pixabay, Manhattan DA's office

MANHATTAN – Two more stolen ancient sculptures valued at more than half a million dollars have been returned to their rightful owners— the people of Libya— after being looted from the country, smuggled to New York City— one of them,  put on display inside the Metropolitan Museum of Art on the Upper East Side, prosecutors said.

The Manhattan District Attorney’s office announced the more than two-thousand year old sculptures, which investigators say had been looted from ancient city of Cyrene decades ago, had been repatriated to the north African nation in a special ceremony this week.

Prosecutors say the ‘Veiled Head of a Lady’ dates back to 350 BC, and had been on display at the Metropolitan Museum of Art on Fifth Avenue since 1998. The ‘Bust of a Bearded Man’ dates to 100 to 300 BC, according to the DA’s office.

“These are more than just beautiful artifacts – they are windows into thousands of years of culture and deserve to be returned to their country of origin,” said Manhattan District Attorney Alvin Bragg.

“Manhattan is home to some of the most prized art and history pieces in the entire world, but they must be acquired legally,” Bragg added.

This is the third time since last December that looted artifacts put on display at the Met have been given back to the country from which they were many stolen years ago.

In January, the DA’s office returned an antiquity stolen from Libya known as the ‘Veiled Head of a Female,’ dating back to 350 BC valued and at $1.2 million.

A month earlier, the prosecutors turned over the ‘Stag’s Head Rhyton’ to the people of Lebanon. Dating back to 400 BC, investigators  say it depicts a finely wrought stag’s head in the form of a ceremonial vessel— and is worth $3.5 million.

Both artifacts had been on display inside the Metropolitan Museum of Art on the Upper East Side.

The Metropolitan Museum of Art tells Upper East Site in statement, “the Met has been fully supportive of the Manhattan District Attorney’s Office investigation and of the return of the object to Libya.” 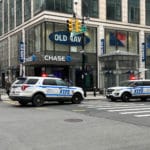 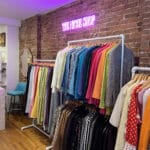