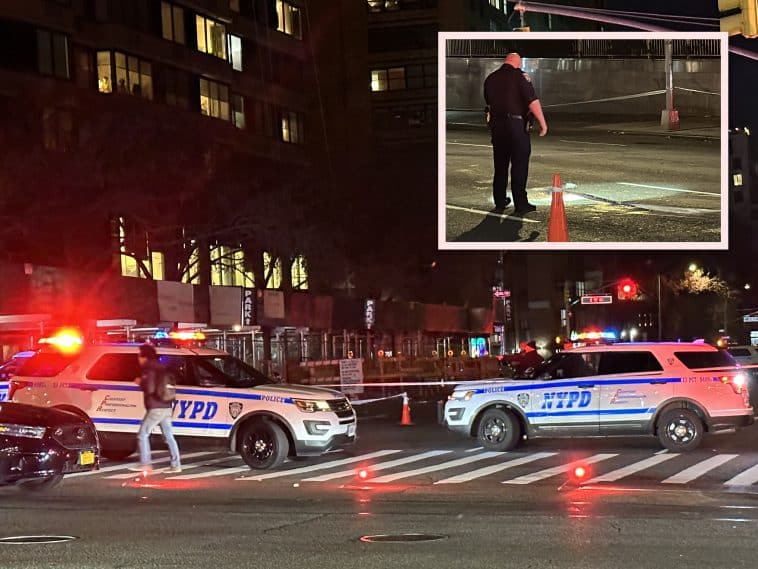 The NYPD is investigating after a gruesome hit-and-run collision killed a woman crossing the street and shut down a busy Upper East Side intersection Thursday evening.

It was just around 6:00 pm when police say the woman, who was walking westbound across Third Avenue in the crosswalk, was struck by a dark-colored sedan, knocking her into another lane of traffic where she was then hit a second time by a MTA bus.

Witnesses said they heard the car slam into the victim, then speed away “like a race car.”

A large pool of blood was seen in the center lane of Third Avenue roughly 30 feet north of the crosswalk, with half a block’s worth of intermittent skid marks — apparently from the anti-lock brakes on the MTA bus — trailing the gory scene.

The victim was rushed to Mount Sinai Morningside Hospital, according to investigators, where she was pronounced dead from her injuries. Police have not yet released her name.

NYPD cruisers blocked off Third Avenue from traffic as officers used their flashlights to examine to the roadway, while cars and MTA buses including the M101, M102 and M103 were rerouted around the intersection to First Avenue.

This Upper East Side intersection is a particularly dangerous one. According to NYPD data, there have been 93 motor vehicle collisions at the corner of Third Avenue and East 96th Street reported to the police over the past five years, leaving a total of 32 people injured — a quarter of those victims are listed as pedestrians.

Police say the MTA bus driver stayed on the scene after the deadly crash Thursday night, but the driver of the dark-colored sedan did not.

No arrests have been made and NYPD Highway Patrol’s Collision Investigation Squad continues to investigate the tragic crash.

If you witnessed the hit and run or have any information that could help police, you’re asked to call the NYPD’s Crime Stoppers Hotline at 1-800-577-8477. 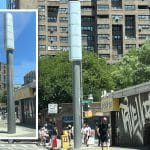 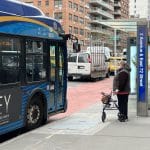