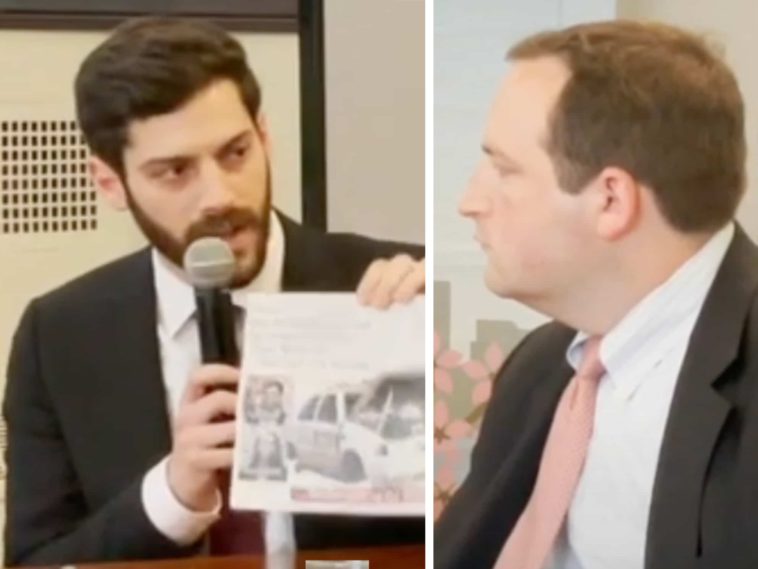 MANHATTAN – It’s the political race Upper East Site previously described as a ‘straight-up soap opera’— and once again it did not disappoint. Fresh off a war of words over an inflammatory mailing in the Democratic primary race for New York State Assembly District 73, a new mailer, sent out by the same candidate, made the event turn fiery.

In what could be described as the worst quality live stream you’ve probably seen in the last few years, the candidates faced off on a variety of topics in a candidate forum Tuesday night, presented by Carnegie Hill Neighbors, a non-profit dedicated to improve the quality of life in that section of the Upper East Side located north of East 86th Street and west of Third Avenue.

Unfortunately, much of the candidate forum, featuring Alex Bores, Kellie Leeson, Russell Squire and Adam Roberts was difficult to understand because of the acoustic nightmare created by using a microphone with a speaker in a large room and capturing that distortion for the livestream— as well as glitches in the feed itself and cell phones alarms going off.

However, when the issue of public safety came up, candidate Alex Bores spoke loud and clear about a recent mailer sent out by his opponent Russell Squire— which includes photos of both himself and fellow candidate Kellie Leeson with large red X’s and the word ‘NO’ written over their faces— encouraging voters to ‘vote no on the candidates who embrace dangerous policies.’

“Russell sent this mailer out, accusing me of being supported by organizations that want to defund police,” Mr. Bores began, holding up the mailer which prominently features a junked car with NYPD graphics and a light bar photoshopped onto it.

“Yesterday, I got a chance to ask him which organizations and he said Four Freedoms Democratic Club— which doesn’t support defunding— and NYPAN, which hasn’t endorsed me,” he said.

“So at best this is misleading to voters,” Bores continued, “but there’s something else that stuck out to me and it is imagery of a destroyed police car.”

“I’ve seen like this imagery before,” Mr. Bores explained.

“Twice, in fact. The first was my grandfather’s patrol car. He was a New York City police officer on the East Side and two people threw a garbage can full of bricks through the windshield, attempting to kill him,” the candidate continued.

“The second time I’ve seen an image like this is my uncle’s cop car. He’s a state trooper in Jersey and three people shot 55 rounds of live ammunition— machine gun fire— trying to kill him,” Bores said.

“Russell, you are better than this,” said Bores, addressing his opponent directly.

“I knew you from before we were running, and I know that a consultants told you this is what you would have to send to win, but we’re talking about real people’s lives here.”

“Politics is not a game,” Bores said, “And while you’re up here trying to act tough, it’s very insulting families like mine that have actually worked to keep the city safe.”

Alex Bores’ passionate words resonated with the crowd in attendance which erupted into applause— however, Bores continued with his remaining time to create a ‘gotcha’ moment against Russell Squire.

Bores questioned whether Mr. Squire put his own face on a similar mailer or would renounce the endorsement of the Stonewall Democratic Club— which he claimed called for defunding the police.

So which candidate is correct?

The Stonewall Democratic club signed a letter with other organizations in June 2020 calling one billion dollars the NYPD’s budget to be reallocated to education, programs and social services.

The Four Freedoms Democratic Club, on the other hand, adopted a resolution on June 29, 2020 calling for at least one billion dollars in cuts to the NYPD budget and reinvesting this money in services, programs, education and infrastructure.

The answer to the question ‘which candidate is correct’ is both or neither— depending on whether you consider cutting the NYPD’s budget by one billion dollars to be ‘defunding the police.’

Meanwhile, Kellie Leeson— whose photo was included in the inflammatory mailer—  told Upper East Site in a statement that “Russell clearly believes that the only way he can win is by deceiving voters, denigrating other candidates and their supporters.”

“As the next Assembly member, I’ll fight to get NY back on track by investing in real public safety solutions, instead of relying on Republican-style fear-mongering lies,” Leeson added. 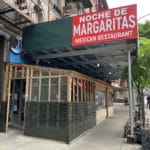 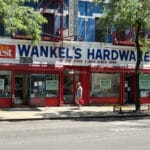