Earlier this year, pharmacy chain Rite Aid downplayed rampant theft as the reason for shuttering its store located at Second Avenue and East 80th Street— despite going viral on social media when comedian and actor Michael Rapaport went off after spotting an alleged shoplifter pilfering products in plain sight. Now we know the truth— out-of-control shoplifting is costing Rite Aid millions in losses.

“Like all retail businesses, we regularly review each of our locations to ensure we are meeting the needs of our customers, communities and overall business,” a Rite Aid spokesperson told Upper East Site last January.

However, during an earnings call with investors last week, Rite Aid executives revealed the chain is being hammered by thefts here in New York City— so much that they’re considering putting all their merchandise in locked displays, which require an employee to unlock for the customer.

In retail, shrink is the loss of inventory through anything but sales— like theft, fraud and administrative errors.

For Rite Aid, the front-end shrink they’re talking about is the out-of-control shoplifting— which for the second quarter cost the retailer $5 million more than the same period last year and is not covered by insurance.

“I think the headline here is the environment that we operate in, particularly in New York City, is not conducive to reducing shrink just based upon everything you read and see on social media and the news in the city,” said Rite Aid Chief Retail Officer Andre Persaud.

“We’re looking at literally putting everything behind showcases to ensure the products there for customers who want to buy it,” Persaud added, “we’ve even had to go to the extent of using off-duty police officers in some of our stores.”

“This fucking guy just filled his two bags up with everything in Rite Aid, right here on 80th and [Second] Avenue is walking down the street like shit is GUCCI,” Rapaport says in the video.

“I was watching him the whole time.”

A stunned Rapaport goes off as the suspected shoplifter strolls past security and out the front door.

“My man just went Christmas shopping in January!” the popular podcaster added, “He had the condoms, the shampoo!”

Even the NYPD’s 19th Precinct, which serves the Upper East Side, says theft has become huge problem across the neighborhood.

“The grand larcenies are over $1,000 of merchandise that is being stolen,” he added, but noted that mailbox fishing is helping to drive that increase.

According to NYPD crime data, grand larcenies are up nearly 57% compared to the same time period last year, while petit larcenies— where less than $1000 in merchandise is stolen— has grown even more, up a whopping 62% year to year.

That adds up to a combined total of more than 4,300 larcenies on the Upper East Side so far this year— more than 15 thefts on the UES are reported to police each day. It’s not clear how many go unreported.

With just one remaining Rite Aid store located on the Upper East Side at Second Avenue and East 96th Street, the pharmacy chain is far from the only retailer being hit.

Turn on a police scanner tuned into the 19th Precinct’s frequency during the day and you’ll likely hear NYPD officers called to a 10-32 within minutes of listening— that’s a larceny in process, usually at one of the Upper East Side’s retail stores like CVS, Duane Reade or Target.

Neighbors, meanwhile, are fed up with the thefts— and living in an area where everything must be under lock and key.

“Shoplifting is rampant in the city and a major drain on police resources,” said Andrew Fine, Vice President of the East 86th Street Association.

“This is not sustainable,” Mr. Fine adds, “Businesses are in business to turn a profit, not to lose money and to be an incubator of organized crime. We are at risk of losing our retail.”

“We need to enforce the law. We need criminals prosecuted. We need the recidivists put away.” 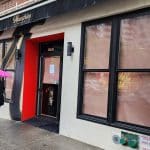 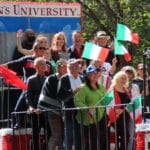