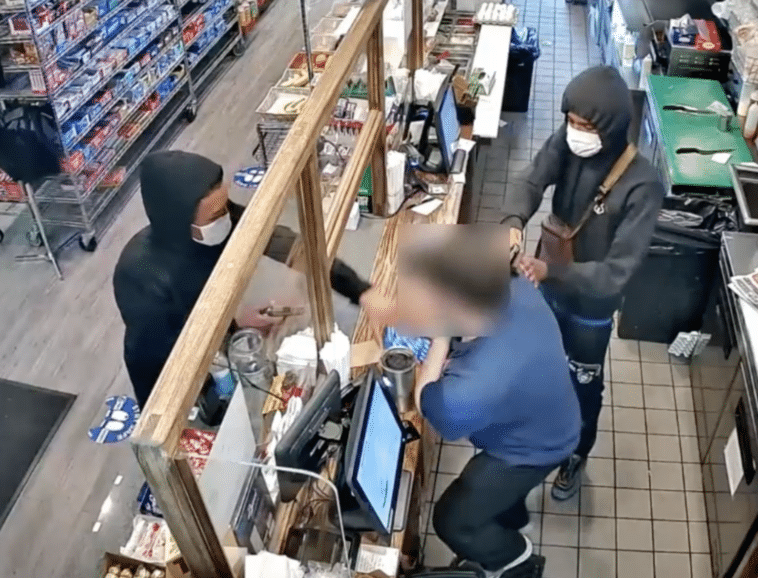 Gunpoint robbery inside Upper East Side Deli/Surveillance Video via NYPD

MANHATTAN  – An Upper East Side deli became the scene of a frightening gunpoint robbery Sunday night when a stick-up crew pulled pistols on the clerk, forcing him to give up the shop’s cash— the whole thing caught on multiple crystal clear surveillance cameras inside the store at the corner of York Avenue and East 84th Street in Yorkville.

Investigators say the three suspects walked into Maduwa York 84 Bagels & Deli five minutes before midnight— surveillance video shows one suspect briefly talk to the clerk to distract him as a second gunman sneaks behind the counter.

The second suspect runs up and grabs the clerk by the back of the neck, then both suspects put their pistols inches from the clerks face.

A third suspect— wearing a Sponge Bob Squarepants Hoodie— casually blocked the deli’s door so no one would interrupt them as they pulled off the crime.

Police say the masked robbery crew got away with $500 cash from the register, but thankfully no one was hurt in the store.

This latest crime comes less than a month after three suspects were caught on camera robbing an Upper East Side convenience store at gunpoint— also on a Sunday night— getting away with cash and cigarettes in that case.

It’s not clear if the two robberies are related– we’ve reached out to the NYPD for more information. 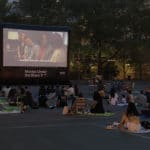 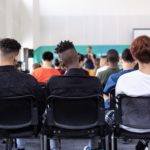