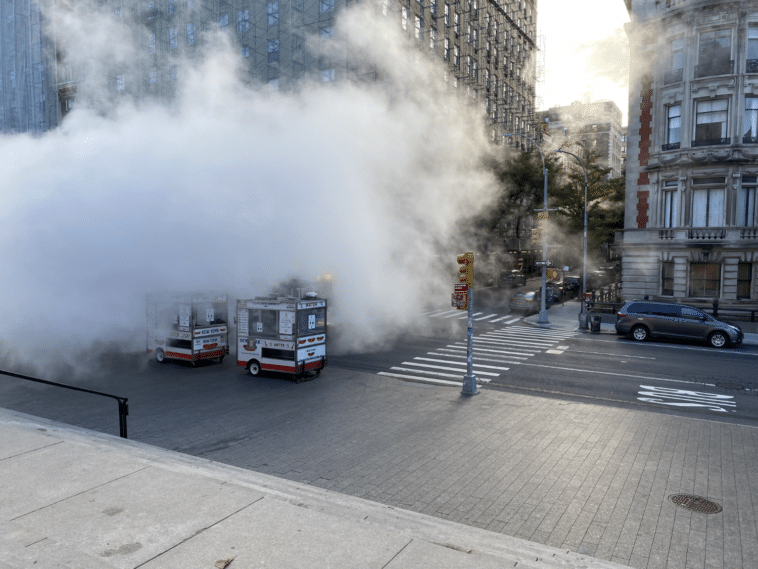 MANHATTAN – Con Edison is dispatching crews to do immediate repairs on a leaking section of their underground steam system that’s been pumping thick white opaque clouds across Fifth Avenue— prompting calls to 911 over smoke and fire fears— and creating an opaque wall across the roadway where drivers with zero visibility are forced creep through the mist hoping there are no pedestrians in front of them.

Since last Thursday, firefighters have been called to the scene across from the Metropolitan Museum of Art near East 82nd Street multiple times for reports of smoke— and Upper East Site also has received numerous messages from concerned citizens who feared the worst was happening.

Con Edison confirms to Upper East Site there is no smoke coming from large stacks on the east side of Fifth Avenue— and the steam is part of a leak in their sprawling, 125-year-old steam system that heats and cool buildings in Manhattan, serving three million New Yorkers south of 96th street.

Steam clouds are also what is seeping from every manhole cover and storm drain on the block. Together it can all look quite ominous to a driver or passerby, but Con Edison confirms there is no danger the public and the steam is non-toxic.

As of 1:00 pm Tuesday, the Metropolitan Museum of Art closed to visitors due to an emergency shutdown of the steam system in the area intended to help facilitate repairs.

Due to an emergency shutdown of steam in the area, The Met Fifth Avenue closed today at 1 pm.

There is no imminent danger; we are acting out of an abundance of caution for the safety and comfort of our visitors.

If you see thick clouds like this on the street, there is a simple way to tell smoke and fire from a steam leak.

Typically, burning fires will create black, brown or grey smoke depending on what is actually burning and how long the fire has been going.

Steam or water vapor, on the other hand, are white clouds like those on Fifth Avenue.

At scene of a building fire, witnesses may even see the smoke change from black to grey to white as firefighters douse the flames with water and steam is created. 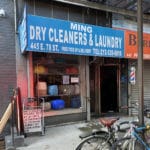