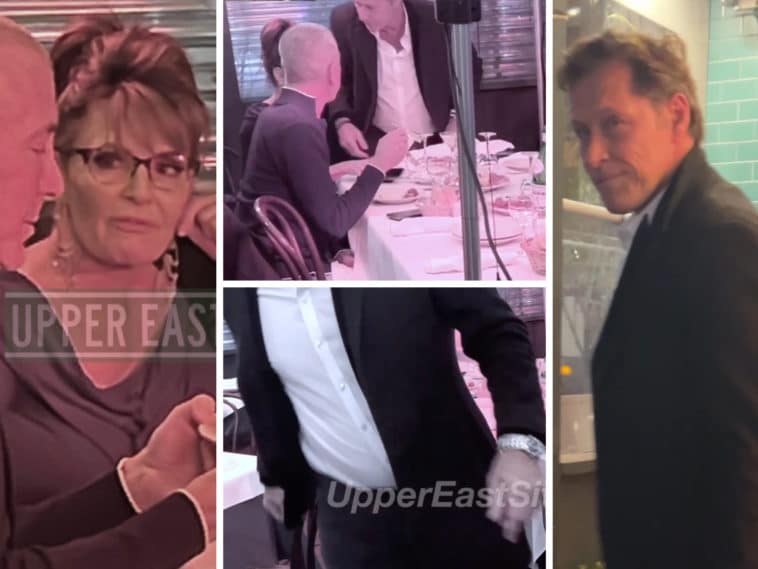 MANHATTAN – A half dozen NYPD officers were called to Elio’s restaurant on Second Avenue Wednesday night after a man dining with former Alaska Governor Sarah Palin on the Upper East Side roughed up a news photographer filming them dining outdoors.

Exclusive Upper East Site video shows the man seated at the end of the table, identified by several news organizations as former NY Rangers hockey player Ron Duguay, having dinner with one-time Republican Vice Presidential candidate getting up angrily when our photographer— who wishes to not be named— asks the group a question, after Ms. Palin had smiled and waved at him.

“Are any of you guys concerned she tested positive for covid?” he asked.

The moment the words came out of the Upper East Site photographer’s mouth, the man identified as Duguay put his napkin down, stands up and takes a beeline for him— menacingly asking “are you looking for trouble” over and over.

Lawyers for Sarah Palin, who is in New York City for a federal defamation lawsuit against the New York Times, revealed in court on Monday the former Governor had tested positive for Covid three times— forcing the judge to postpone the trial.

EARLIER COVERAGE | Covid-Positive Sarah Palin Not Isolating, Back Out Dining on the UES

“Are you going to hurt me?” the victim asks before the video cuts out as the camera slams on the sidewalk outside Elio’s— on Second Avenue near East 84th Street— during the violent attack.

And hurt the photographer he did. The former New York Rangers hockey player dining with Palin grabbed the victim’s fingers with both hands, wrenching and twisting them down, slamming the camera to the concrete, the photographer told Upper East Site.

An assault report was filed with officers from the NYPD’s 19th Precinct immediately after the photographer got roughed up Wednesday night— and several officers were seen speaking with the suspect twice before leaving.

Paramedics evaluated the photojournalist but diagnosed his finger as not being broken— and possibly sprained— he refused transport to the hospital.

This assault on a credentialed member of the New York City Press is the culmination of the staunch anti-vaxxer firebrand’s reckless and potentially super-spreading tour of Italian eateries on the Upper East Side.

First, on Saturday, Governor Palin was spotted dining indoors at Elio’s, despite being unvaccinated, which is against New York City Covid regulations.

“It’ll be over my dead body before I have to get a shot,” Palin said at a right-wing conference last month.

After her positive results were revealed in court, an uproar ensued over that visit to Elio’s— to which the restaurant told the New York Times ‘it made a mistake.’

On Wednesday night, Palin made her return to Elio’s sitting in their three-sided, nearly fully enclosed outdoor dining structure on the sidewalk for dinner.

The photographer was outside the structure recording when the attack unfolded.

“While an arrest wasn’t immediately made, I thank the officers of the NYPD’s 19th Precinct for their swift action and professionalism Wednesday night, showing empathy and kindness while working tirelessly to protect New Yorkers,” the news photographer said.

Upper East Site reached out to the Mayor’s office for comment regarding the former Alaska Governor’s continued behavior of public concern— we’re waiting to hear back.

Neither Elio’s, Campagnola, nor the former Governor have returned Upper East Site’s request for comment. 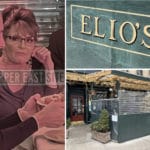 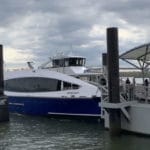