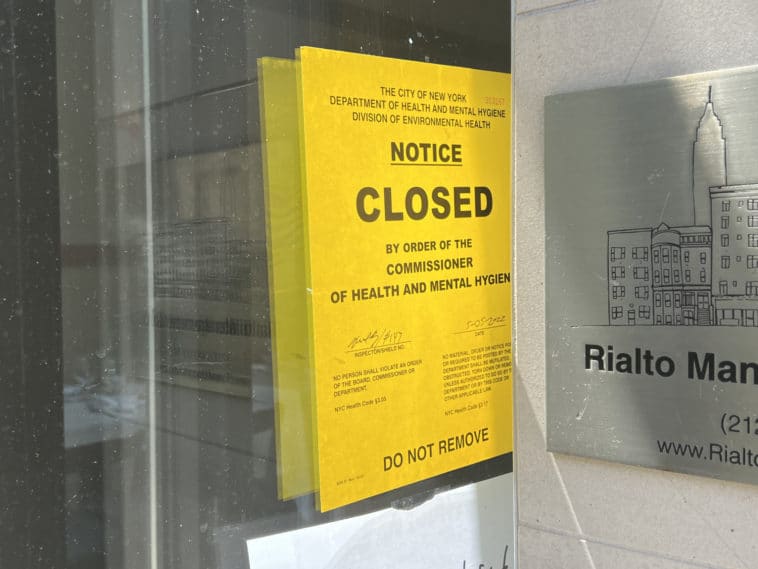 MANHATTAN – Yet another popular Upper East Side restaurant has been shut down by the New York City Department of Health and Mental Hygiene. This time around, Ravagh Persian Grill, which has a four-star rating on Yelp, was shut down after inspectors found a total of thirteen violations at the Middle Eastern eatery, nine of them critical.

Ravagh Persian Grill, located on First Avenue between East 62nd and 63rd Streets, racked up a staggering 105 violations points during its inspection on Thursday, May 5th, forcing its immediate closure— though, you’d never know the restaurant was shuttered by the health department if you were simply walking by.

On Tuesday afternoon, the front door of Ravagh was propped open, partially obscuring the bright yellow notice with the words “Closed by order of the Commissioner of Health and Mental Hygiene,” printed in large black all-capital letters for passers-by to see.

Underneath the partially-obscured sign, a handwritten note claims the restaurant is temporarily closed due to replacement of their walk-in refrigerator. However, it is not clear whether the walk-in was the source of any violations.

According to DOHMH inspection data, there were two critical violations relating to refrigeration— one for cold foods being kept dangerously warm, the other for ‘insufficient refrigerated or hot holding equipment to keep potentially hazardous foods at required temperatures.”

Inspectors also found other critical violations covering everything from cross-contamination concerns and evidence of rats to the presence of live roaches and filth flies. The Health Department also cited the restaurant for misusing pesticide, using or storing prohibited chemicals as well as using an open bait station.

The problems don’t stop there for Ravagh Persian Grill, which inspectors say didn’t have a place for employees to wash their hands ‘in or near food preparation area’ or the eatery’s bathroom.

Personal cleanliness of restaurant employees was also deemed inadequate by the Health Department, noting soiled garments that could contaminate food and effective hair nets not in use.

Prior to last Thursday’s visit by inspectors, Ravagh had not been inspected by the Health Department since June 2019, when it received only thirteen violation points and was cited for one critical violation— the presence of roaches.

Ravagh Persian Grill’s Upper East Side restaurant is one of four locations the family-owned chain, which has been praised for its authentic Iranian cuisine including kebobs, stews, soups and salads— dishes that have landed it on both Thrillist’s and EaterNY’s best spots for Middle Eastern food in New York City.

The chain’s Midtown location on Madison Avenue near East 33rd Street currently boasts an ‘A’ rating from the NYC Health Department.

Upper East Site reached out to Ravagh Persian Grill for comment on the UES restaurant closure, but we did not hear back by time of publication. We’ll update the article accordingly.

UPDATE: Ravagh was reinspected on May 11th, according to Health Department data. On that day it received eleven violation points for the presence of roaches and filth flies, but was issued a ‘Grade Pending’ rating and allowed to reopen. 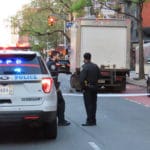 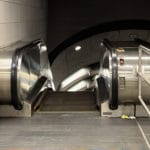