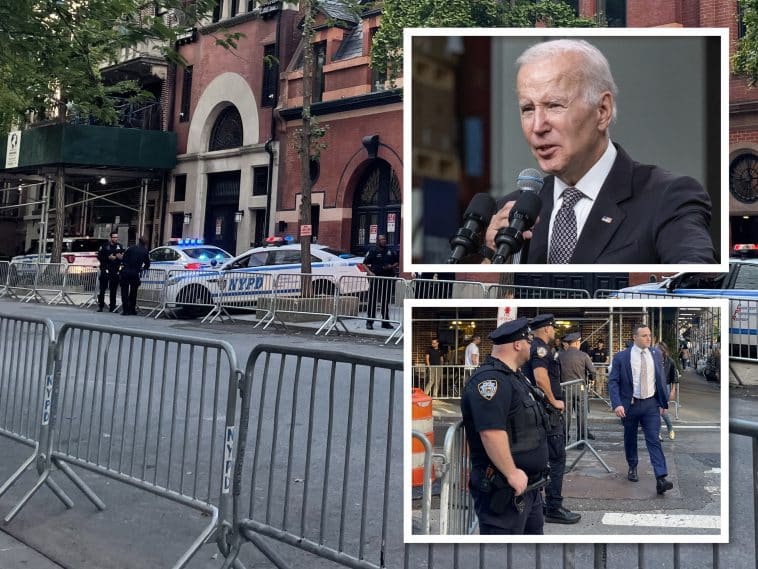 The Presidential motorcade will cruise up First Avenue Thursday night, en route to a pricey Democratic campaign fundraiser hosted at an Upper East Side townhouse, home to the son of conservative billionaire Rupert Murdoch— the owner of FOX News and New York Post. President Biden is expected to swing by the UES following events in New Jersey and upstate– where he touted IBM’s $20 billion investment towards manufacturing semiconductors and quantum computing.

The NYPD has stationed barricades through parts of the Upper East Side– including on East 69th Street, as well as along First Avenue– ahead of the Commander-in-Chief’s appearance at the fundraiser, which is scheduled for 8:00 pm, according to President Biden’s public schedule reviewed by Upper East Site.

The fundraiser, benefiting the Democratic Senatorial Campaign Committee is being hosted at the East 69th Street home of James Murdoch and his wife Kathryn, who supported Mr. Biden during his 2020 campaign.

“As we saw during the pandemic, when factories that make these chips shut down around the world, the global economy literally comes to a screeching halt,” President Biden told a crowd gathered for the IBM event upstate, “more Americans learned the phrase supply chain and what it means.

“Well guess what? The supply chain is going to start here and end here in the United States,” said to lots of cheers and applause.

Next, President Biden mades his way to New Jersey to attend a reception for the Democratic National Committee featuring Governor Phil Murphy at 5:00 pm.

Mr. Biden is expected to arrive in Lower Manhattan by helicopter after 6:30 pm and then head to the Upper East Side, with rolling street closures by the NYPD expected as the President’s motorcade makes its way uptown.

Biden is expected to head to Kennedy Airport just after 9:00 pm to board Air Force One and head back to Washington, DC. 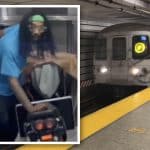 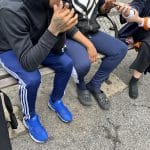