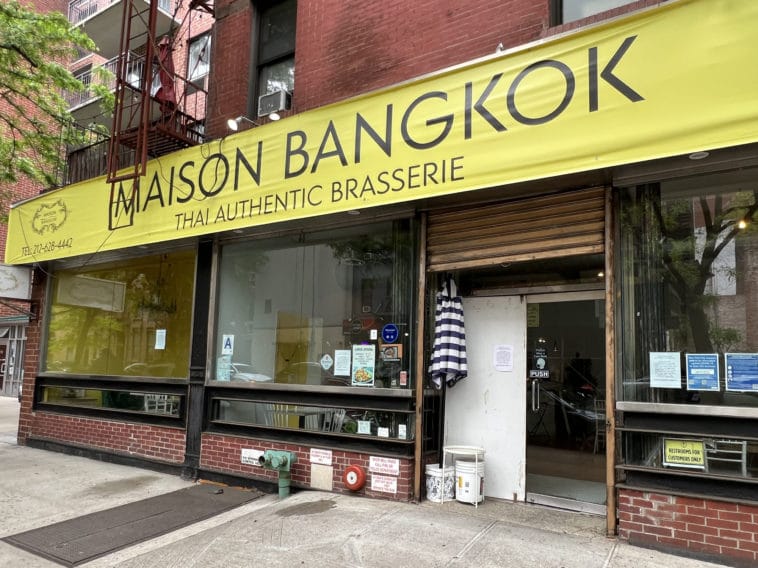 MANHATTAN – Another popular Upper East Side restaurant is set to close in the coming weeks, this time around it is Maison Bangkok saying goodbye to its loyal customers. The acclaimed restaurant, whose Thai food had been named among New York best, will be closing at the end of the month.

“After careful consideration, we have regretfully decided to close our doors,” reads a note to their valued customers and friends, hanging in the windows of the popular Thai brasserie located on East 78th Street near the corner of First Avenue.

“The last day would be May 31st,” the note continues, “Thank you fo all your support … we will treasure all the beautiful memories.”

Maison Bangkok opened on the Upper East Side just three and a half years ago, moving into the space former occupied by Iron Sushi, located right next door to the recently closed BarCoastal.

Last summer, Maison Bangkok was featured on EaterNY’s list of the best Thai restaurants in New York City, with the author noting the Upper East Side eatery serves all “the crowd pleasers we’re accustomed to.” He is right.

The restaurant is known for its selection of authentic Bangkok cuisine including curries, noodles, fried rice, soups, salads and an assortment of traditional appetizers and wok-fried entrees.

At the restaurant on Friday afternoon, a Maison Bangkok employee told Upper East Site the closure is related to issues negotiating the lease with the landlord.

The worker explained that the owners of the East 78th Street restaurant were looking for a new space for the brasserie, and that the staff is hoping they won’t lose their jobs.

Count on Upper East Site to bring you all the details when Maison Bangkok finds a new home. In the meantime, stop by the restaurant for one last meal. 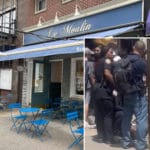 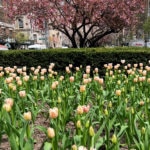