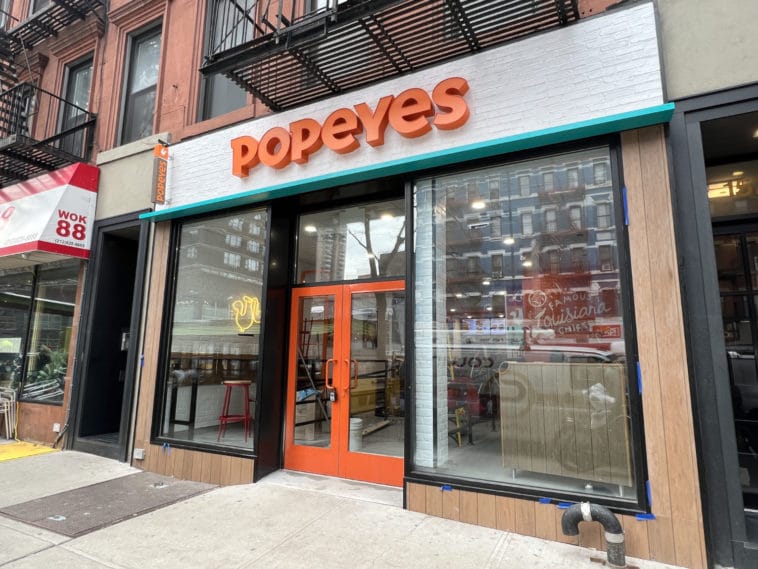 MANHATTAN – The wait is over for Upper East Siders to get their hands greasy from crispy, spicy cajun fried chicken— as the neighborhood’s new Popeyes Louisiana Kitchen opened its doors to customers for the very first time.

Back in September, we reported Popeyes would be moving into the restaurant space on Third Avenue between East 88th and 89th Streets— formerly occupied by Roma’s Pizza, when a banner hung from the building announced the popular fried chicken purveyor would be moving in.

Initially said to be opening in mid-November, the Popeyes franchise’s opening date on the UES was pushed back to before the ‘end of the year,’ according to a corporate spokesperson. Now, the restaurant franchisee tells Upper East Site the grand opening is locked and loaded for this Friday.

Here’s what to expect: The storefront has been renovated with a wood and brick facade painted white— the front doors painted bright orange to match the block letter sign above the entrance.

Carrying over the theme from the restaurant’s exterior, inside the new Popeye’s you’ll find brick walls painted in the fried chicken purveyor’s colors— white and orange— as well as inviting wood panels.

There’s a small section for indoor dining, including booths to the right and counter seating to the left of the entrance, though this will primarily be a take out restaurant given its smaller size— just like the pizzeria that previously occupied the Third Avenue space.

Everything is clean and brand new inside and out the Popeyes— though the sweet smells of fried chicken already linger in the air in and around the new restaurant.

Franchisee of the year in 2020, Mr. Singh and his team credit a focus on fast service and food quality with their success– the very same focus they bring to this new UES Popeyes restaurant.

“[Mr. Singh] and his brother, Rana Kaknia, own and operate their restaurants with passion and pride in clean, well run stores. “

Though vegetarians (who won’t mind potential cross contamination with meat products) will find Popeyes cajun fries and biscuits to be simply delicious.

“The UES is a great neighborhood,” Cousineau added to Upper East Site.

“[We] are excited for the chicken wars with our biggest chicken competitor just down the street,” referring to the Chick-fil-a restaurant at the corner of Third Avenue and East 86th Street. 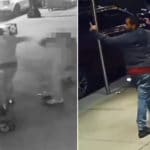 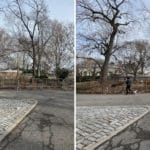