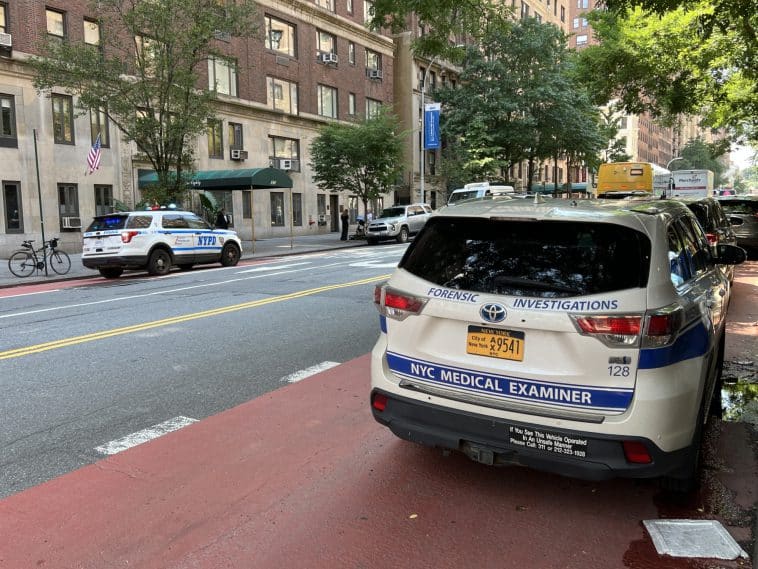 Officers responding to a 911 call Tuesday morning, reporting a man had taken his own life by jumping off a luxury Upper East Side building, discovered something sinister— a woman in her 60s dead inside an apartment, an apparent victim of violence.

Police tell Upper East Site they were called to the eighteen story co-op building located at 180 East 79th Street— at the corner of Third Avenue— just before 10:30 am Tuesday.

There, officers found 26-year-old Douglas Solomon unconscious and unresponsive in the building’s rear courtyard. The traumatic injuries to Solomon’s body are consistent with a fall from an elevated position, police say, but they add that this was no accident.

Solomon jumped from the building, investigators say, and was pronounced dead at the scene by paramedics.

A photo taken by a shaken-up neighbor and viewed by Upper East Site showed Solomon’s shirtless body laying face up on the pavement between a fence and some potted plants, his arms above his head.

We have chosen not to publish the photograph, however, the neighbor who took it told a friend that the impact with the ground was so loud they thought an air conditioner had fallen from the building.

Police say when they found Gallagher’s body, there was trauma to her head and an investigation revealed she was the victim of a homicide.

NYPD officers were stationed at the building throughout the day Tuesday, keeping residents away from the rear courtyard as detectives and the Medical Examiner’s Office investigated the two tragic deaths. 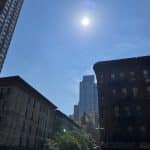