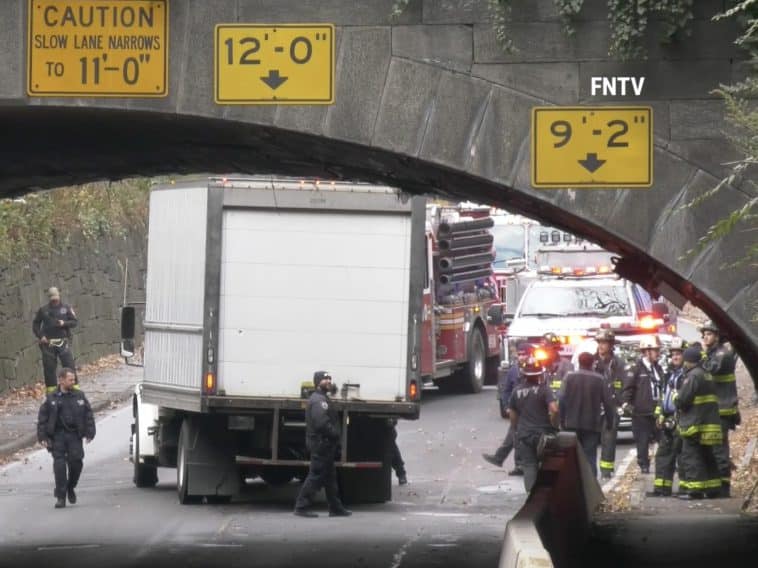 An oversize box truck became stuck beneath a Central Park overpass Friday afternoon, when the driver tried to cross the 65th Street Transverse heading westbound — leaving the Upper East Side — and colliding with the low bridge at Center Drive.

It was 12:49 pm when the first call for help came in, according to FDNY officials, who also tell Upper East Site that firefighters were able to remove the stuck box truck — apparently by letting the air out of the truck’s tires, lowering it enough to move it from under the overpass.

The NYPD closed the transverse to traffic as firefighters freed the truck, which sustained visible damage to its roof, seen in photos from our news partners at FreedomNews.tv. Crews were also seen evaluating the damage along the bottom of the stone overpass.

FDNY officials say they are coordinating with other agencies including the Department of Transportation and the NYPD, while the NYC Office of Emergency Management has been requested to the scene.

No injuries have been reported as a result of the collision.

The DOT tells Upper East Site crews have inspected the bridge and have found it to be structurally sound, with only minimal damage to wire mesh on the underside of the overpass.

The Transverse will remain closed to traffic until those repairs are finished. 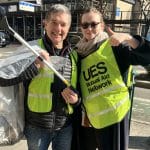 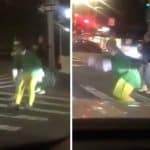