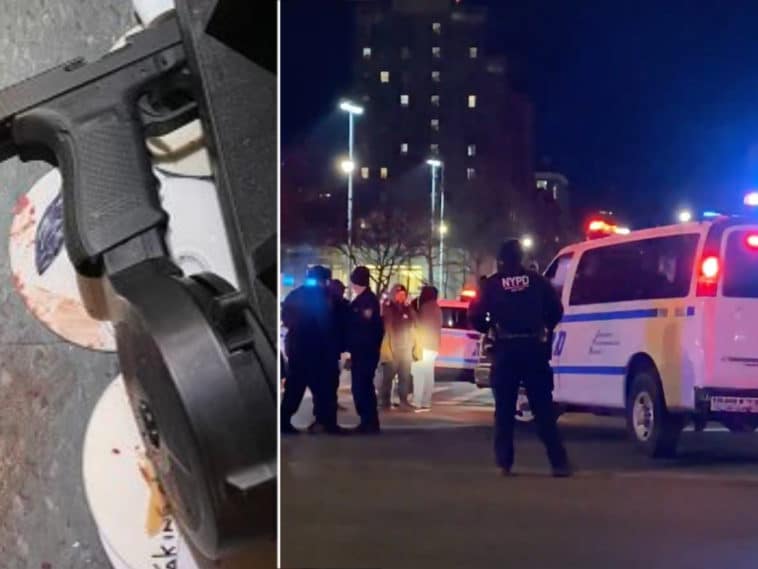 MANHATTAN – A young NYPD officer is dead, another critically wounded— both of them shot while responding to a family dispute in Harlem Friday night. The slain 22-year-old NYPD officer is the latest victim in a surge in violence against the police– the officers struck by gunfire Friday night mark the third and fourth members of New York’s finest shot in the line of duty just this week.

“Tonight, a 22-year-old son, husband, officer and friend was killed because he did what we asked him to do,“ said NYPD Commissioner Keechant Sewell.

“I am struggling to find the words to express the tragedy we are enduring,” she added.

Tonight, we mourn the loss of a hero officer — a son, husband, and friend. Only 22 years old, Police Officer Jason Rivera was murdered in the line of duty. We vow to #NeverForget Jason as his fellow Finest vow to honor his tremendous legacy of service & the ultimate sacrifice. pic.twitter.com/5zsx45XiM4

Three officers responded to a family dispute call for help on West 135th Street, between Adam Clayton Powell Jr. Boulevard and Lenox Avenue, around 6:15 pm Friday night, detectives say, going inside an apartment building after a woman called 911 for help after trouble with her adult son.

“They were listening to a mother who called needing help for her son… he suddenly, without warning, opened fire on them,” Commissioner Sewell told reporters gathered at Harlem Hospital.

Investigators say the three officers met the woman who called for help and one of her sons in the front of the apartment— but when two officers went down a narrow hallway to a back bedroom to find the other son, the door swung open and the man inside opened fire— ambushing the two cops.

When the suspect, identified by police as 47-year-old Leshawn McNeil, tried to escape after gunning down the two officers, detectives say the third officer shot him in the head.

NYPD officers flooded the scene, cordoning off the neighborhood with police tape while helicopters hovered overhead, as the critically wounded officers were rushed to Harlem Hospital less than a block away.

The slain rookie officer, identified as 22-year-old Jason Rivera, was pronounced dead at the hospital, while the second officer shot is hospitalized in critical condition— he has not been identified publicly.

A steady stream of officers and loved ones went in and out of the hospital in the hours since the crime unfolded, showing support for the two families forever impacted by the tragic shooting.

“This was just not an attack on three brave officers.” Mayor Adams added.

“This was an attack on the City of New York.”

A total of five officers have been shot in the first three weeks of the year– including an off duty officer struck in the head with a bullet as he slept in his car between shifts in the parking lot outside the 25th Precinct station house in East Harlem on New Years Day.

The officer in that shooting survived his injuries and was later released from the hospital after surgery at Weill Cornell Medical Center on the Upper East Side.

“How are we removing thousands of guns off the street, and they still find their way into New York City in the hands of people who are killers?” Mayor Adams asked Friday night.

Investigators say a Glock 45 handgun with a 40-round high capacity drum magazine that had a been reported stolen in Baltimore in 2017.

“We need Washington to join us and act now to stop the flow of guns in New York City,” Mayor Adams said.

Back at Harlem Hospital, many NYPD officers had already put a black mourning band over their police shields— a tribute to their fallen brother.

“We had the privilege to pray with this family,” Commissioner Sewell said. 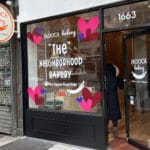 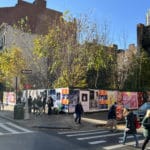