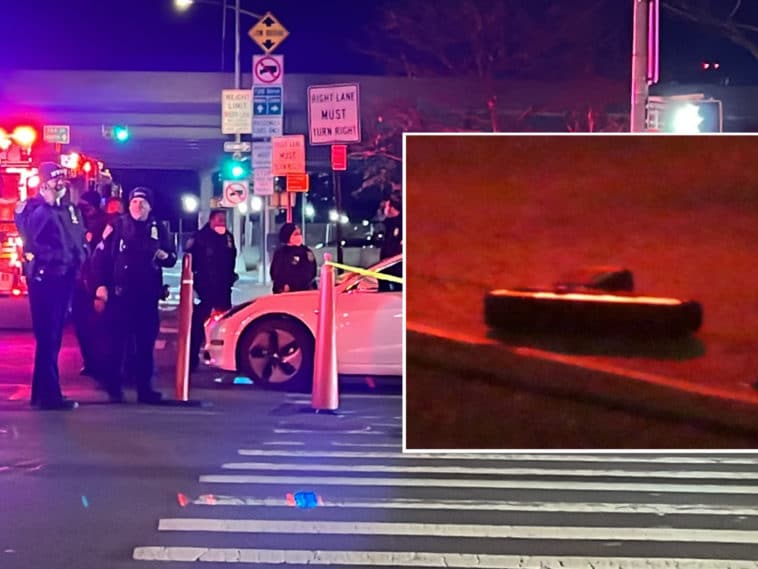 MANHATTAN – Police scoured three separate crime scenes on the Upper East Side for clues after investigators say an attempted robbery and shoot near an UES gas station that left one man wounded— and a 9mm pistol discarded by the suspect on a busy Yorkville block.

NYPD officers crowded around a white Tesla Model 3 with dark tints and temporary New Jersey tags parked in the bus lane at the corner of East 96th Street and First Avenue— surrounded by police tape.

Police could be seen shining their flashlights into the Tesla briefly as they investigated the gunfire that broke out around 7:45 pm Tuesday night— near the gas station where authorities tell Upper East Site a 20-year-old man was shot in the leg during an attempted robbery and rushed to Weill Cornell Medical Center— he’s expected to survive his injury.

NYPD radio communications indicate that there are surveillance cameras in that luxury building that caught the suspect on video— he was described to police by a witness as wearing a yellow hoodie and a stained blue bubble coat.

Officials also confirm a third crime scene, located on First Avenue between East 84th Street and East 85th Street, is part of the same shooting investigation— In fact, a black 9mm pistol could be seen laying in the bike lane next two trash bags apparently tossed along the side of the road, apparently thrown from a car, police say.

A delivery worker said he saw the handgun laying in the bike lane before police arrived and even took an up-close photo of the weapon, which was viewed by Upper East Site.

Meanwhile a neighbor told Upper East Site they had seen a white Tesla on East 83rd Street around the same time Tuesday– information they will be sharing with police.

Traffic was being diverted off First Avenue at East 83rd Street as police conduct their investigation, forcing M15 buses to detour off their regular northbound route through Yorkville.

According to NYPD CompStat crime data, Tuesday night’s bloodshed is the first shooting of the year on the Upper East Side.

If you have any information regarding tonight’s shooting on the Upper East Side, you’re asked to call NYPD Crime Stoppers at 1-800-577-8477. 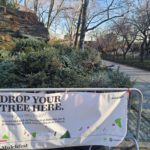 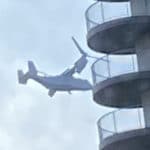