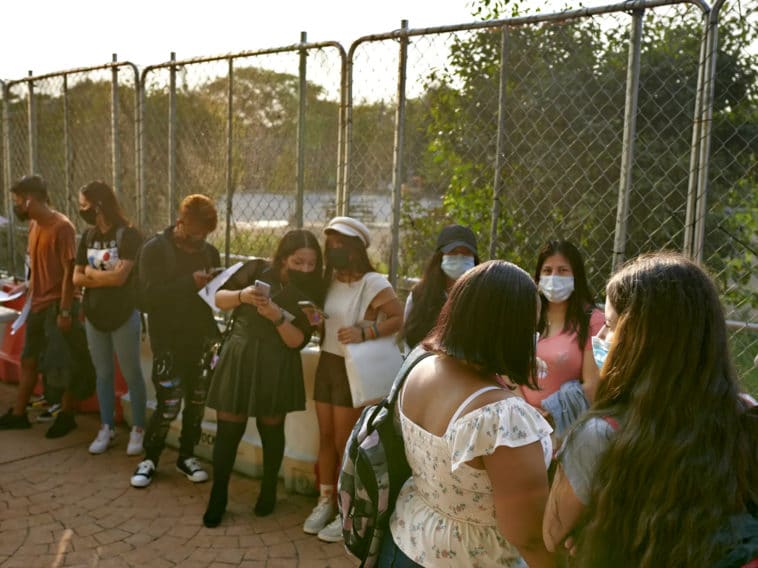 Students line up outside of a high school in Queens. Students across the city will no longer be required to wear masks outdoors on school grounds/Gabby Jones for Chalkbeat

New York City students will no longer be required to wear masks outdoors on school grounds, the department announced Friday.

Masks will still be required inside of school buildings, officials said in a news release. The change, which goes into effect Monday, means students or anyone else on school property, including staff, can participate in recess or other outdoor activities without wearing masks.

Additionally, masks won’t be required for anyone participating in sports on outdoor school property.

Officials said they are lifting the outdoor mask mandate because the city’s in-school positivity rate has dropped under 1%. Those results, however, come from swabs taken at school and cover a tiny share of the school population. Cases spiked after winter break, as the omicron variant of COVID ripped through New York City — resulting in major disruptions in staffing and student attendance.

“Throughout the pandemic, our schools have remained some of the safest spaces for our students and staff, thanks to our gold standard health and safety protocol,” Chancellor David Banks said in a statement. “I am so pleased that we are able to make this exciting announcement and safely allow students and staff to remove their masks when outdoors at NYC public schools.”

While the indoor mask mandate remains in schools, changes could be on the horizon. Gov. Kathy Hochul said there’s a “very strong possibility” she will lift the statewide mask mandate for schools by the second week of March, after she reviews data on COVID positivity rates, vaccinations and hospitalizations.

No matter Hochul’s and Adams’ decisions, masking policies have already caused raucous debate, even as there is little high-quality evidence on the effectiveness of masking in schools. A recent Siena poll of 803 New York registered voters found that a majority – 58% – believe data should be examined in early March before a decision is made about masking in schools. That sentiment was even stronger, at 64%, among respondents from New York City. Just 10% said the mask mandate should end after February break, and another 30% believe mask mandates should have already ended. 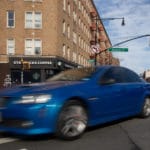 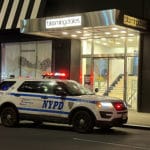