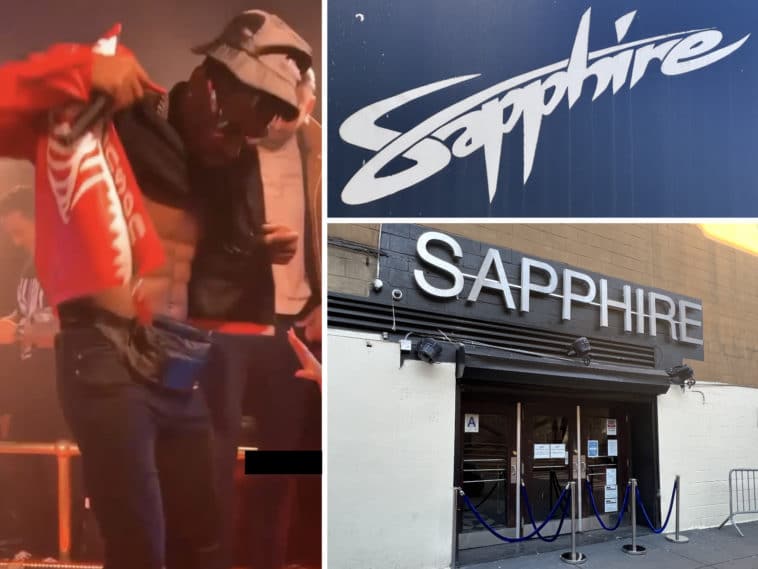 MANHATTAN – Fresh off his bizarre mid-game exit and subsequent cut by the Tampa Bay Buccaneers, troubled former NFL wide receiver Antonio Brown was all smiles right here on the Upper East Side, as he celebrated the release of a new rap single with a party Sunday night at Sapphire gentleman’s club.

Taking the stage of the strip club— located on East 60th Street between First and Second Avenues— Antonio Brown performed his new rap single— Pit Not the Palace— which boasts about the wide receiver’s financial success despite coming from humble beginnings.

Brown made headlines just over a week ago, when he stripped off his shoulder pads, jersey, undershirt and gloves mid-game and left the field as the Buccaneers struggled against the New York Jets during their game at MetLife stadium on January 2nd.

Shortly after the incident, Brown claimed coaching staff tried to force him to stay in the game despite a nagging ankle injury— an accusation the team denies. The Tampa Bay Buccaneers later terminated Brown’s contract.

Since that drama unfolded across the river in New Jersey, AB— as he’s known— has been busy popping up around the city, including  in the diamond district to shoot a music video and having a night on the town with rappers Fabolous and Meek Mill.

Back at Sapphire, images show the controversial NFL star on the microphone, being celebrated by the crowd as he performed his new song.

AB will apparently be back on the Upper East Side next week— NFL Network Insider Ian Rappaport reports the wide receiver will have surgery on his ankle at the Hospital for Special Surgery on Tuesday, January 18th. 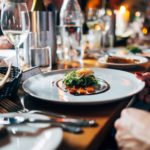 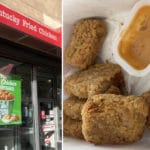