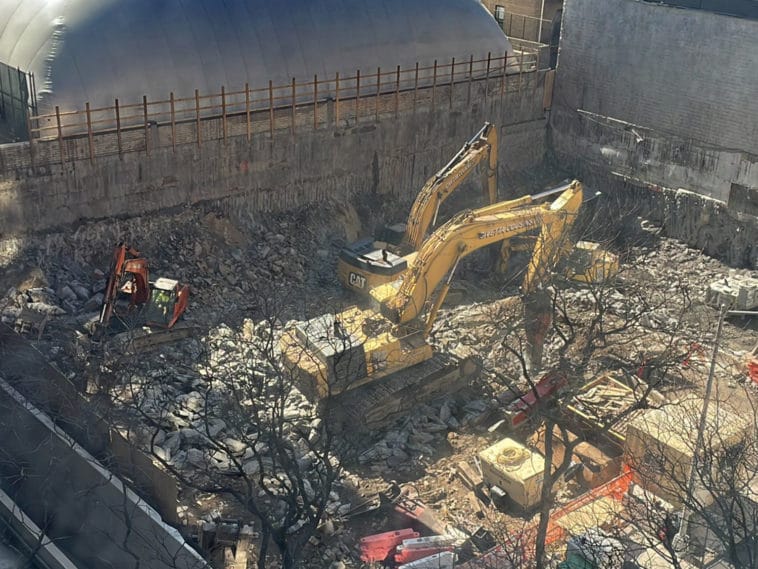 MANHATTAN – Just days after the contractor working at an Upper East Side construction site was slapped with a fine by the City for excessive noise, the property’s developer has completed a walk-through of area around the site with local officials and neighbors— and is now working to quiet down the intense jackhammering that’s been rattling the block for months, though mitigation efforts don’t appear to be working.

Since demolition began last December, there have been dozens of noise complaints made about the construction site located on East 90th Street between First and York Avenues, according to 311 data.

Despite the volume of complaints, multiple inspections found no violations at the Upper East Side property, until last week when readings by a NYC Department of Environmental Protection inspector showed the site putting out 91 decibels of construction noise from more than fifty feet, a violation under the City code.

A day before the walkthrough, neighbor Lauren Trapanotto— who has been documenting the ongoing disturbances on social media— tweeted a photo of a sound level meter reading more than 97 decibels inside her apartment across the street from the site with the windows closed.

“Our office facilitated a walkthrough of the site with Insite Property Group and community leaders in order to share their experiences dealing with the constant and disruptively loud noise from the site,” said Council Member Julie Menin, whose office contacted the developer about her concerns last week.

“We appreciate that after our urging the developer is taking additional noise mitigation measures including starting work later in the morning, foregoing work on Saturdays, building a sound barrier on the eastern end of the project, and hiring an outside contractor to monitor noise levels.”

Menin’s office also said the developer, Insite Property Group, also offered to pay for Ms. Trapanotto to use a co-working space since working from home has become so disruptive— she said she declined the offer.

“It’s not about me,” said Trapanotto in an interview with Upper East Site. “This is about the community. That is not a short-term solution. That’s like a ‘let me shut up the noisiest person’ solution.”

“One of the benefits of my job that I spent over a year searching for is I could work from home,” Trapanotto added. “That’s something I’m not giving that up because of them.”

Despite these new efforts by the developer and contractor, Trapanotto says it is not enough, and she is still gathering signatures for a petition demanding more noise mitigation at the site, and working to organize a protest as well.

“Our office will continue to work with DEP and DOB to ensure City regulations are being followed and is reviewing legislative solutions to improve the quality of life for residents surrounding future construction,” said Council Member Menin.

“We do take the issue around the noise mitigation very seriously,” a spokesperson for P.B. Brown, the contractor working on the project, told Upper East Site.

“We are anxious to get this part of our building process completed as soon as possible as we understand the inconvenience it is causing,” they added.

Insite Property Group did not respond to our request for comment.

When the project is complete, the East 90th Street location will be home to an 80,000 square foot self storage facility. 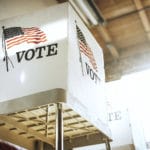 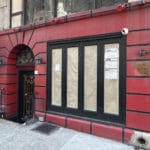