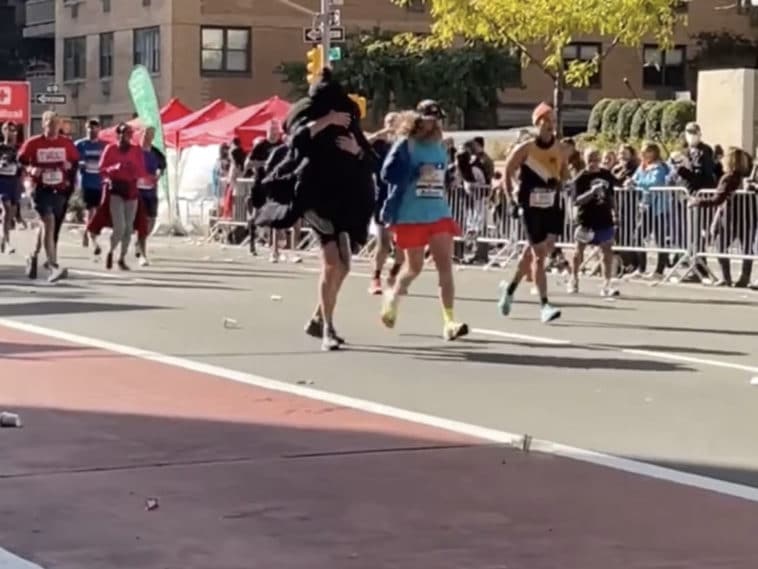 MANHATTAN – Fellow Upper East Sider and NBC News Senior Business Correspondent Stephanie Ruhle made a lot of people smile today— and it had nothing to do with good economic news or the consumer tips and insights to which we’ve been accustomed. Instead, it was a candid moment of pure joy  between colleagues that hundreds got to witness in person, as Rhule jumped the barrier to the NYC Marathon to bear hug her friend, NBC’s Willie Geist, as he ran by.

“I didn’t plan to jump the barrier when Willie Guest made his way up 1st Ave,” Ruhle later tweeted, “but watching New Jersey’s favorite son dominate [the marathon] was like seeing Springsteen at The Stone Pony.”

As the crowd of marathoners made their way up First Avenue around Noon Sunday, the crowd was cheering— that’s when Rhule spotted Geist running past East 80th street, hopped over the barrier and ran towards him— her arms open wide for half the way there.

When the two finally hugged, Ruhle lifted her legs up off the ground and Geist walked carrying her for a few steps— clearly excited to see her friend doing so well during the grueling 26.2 mile race. Geist pointed at Ruhle as she made her way back to the barrier and said something to her, smiling the whole time— but it isn’t clear what he said.

Later, Ruhle wrote on Instagram ”the good news, Willie Geist is CRUSHING the [marathon]. The GREAT news, I didn’t get arrested jumping the face (sic) to cheer him on!”

Willie Geist, host of NBC’s Sunday Today, is running in the NYC Marathon for his father, former 60 Minutes Correspondent Bill Geist– who has lived with Parkinson’s disease for thirty years.

“I’ll be running my first marathon for him and for the 5 million Parkinson’s patients and families around the world,” Geist wrote on Instagram.

“I wasn’t a runner at all until I started training for these 26.2 miles through New York, but I’m ready. I have all the motivation I need.”

Ruhle wasn’t the only one excited to see the runners passing through mile 17 in the Heart of the Upper East Side— though she may have been the only one that excited.

Thousands crowded barricades from East 59th Street to East 96th Street to cheer on friends, family and all the other nearly 30-thousand runners participating in this year’s marathon. 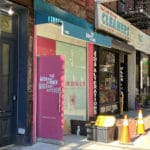 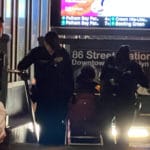