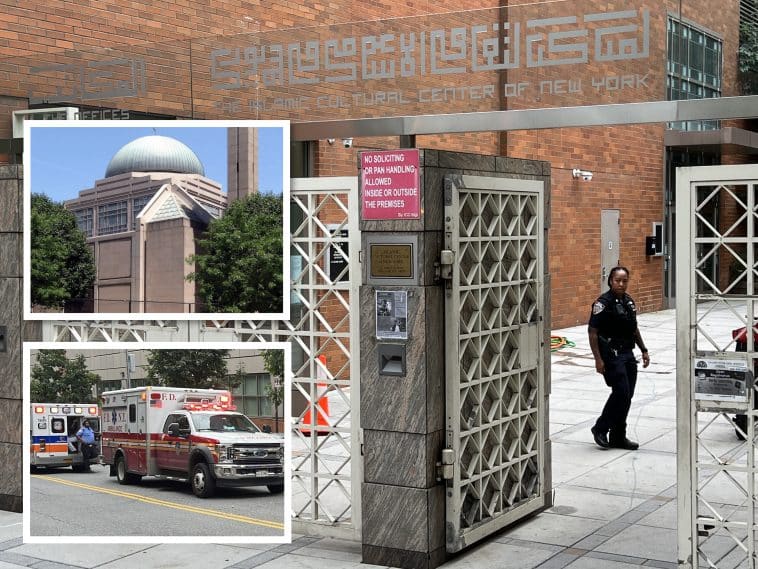 Police say a fight that broke out at an East Harlem mosque, on the border of the Upper East Side, Monday afternoon ended with one man bloody after being bit while several others were pepper-sprayed during scuffle.

A representative for the Islamic Cultural Center, located at East 96th Street and Third Avenue, told Upper East Site that the men had just finished praying when an argument began, which quickly turned physical.

Investigators say that’s when a 29-year-old Brooklyn man pulled a bottle of pepper spray and used it indoors— affecting multiple people in the process— then later bit the 60-year-old he had been fighting with, drawing blood from the man.

Several ambulances were gathered outside of the mosque shortly after the incident, which police say all started just before 1:45 pm.

The commanding officer of the NYPD’s 23rd Precinct, serving East Harlem, was seen speaking with a representative of the Islamic Cultural Center outside the facility, after the commotion had calmed down— personally coming down from the station house on East 102nd Street to survey the situation.

Zachary DaVinci, 29, is now charged with assault and harassment, according to police, who add that their investigation is ongoing. 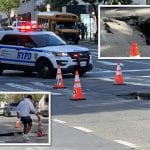