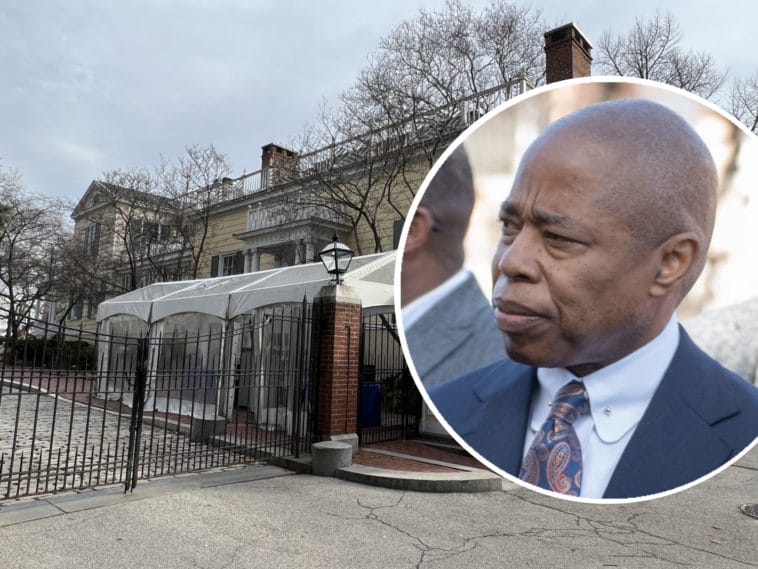 MANHATTAN – There’s something strange in the neighborhood and Mayor Eric Adams thinks he know what it is— but will his next move be to call the Ghostbusters to Gracie Mansion? During an interview on Tuesday, Mayor Adams revealed he believes the more than 200-year-old mansion located on the Upper East Side is haunted by ghosts.

During Tuesday afternoon’s Yankees game in the Bronx televised on YES Network, Mayor Adams briefly appeared in the announcers booth with play-by-play man Michael Kay and former professional baseball player-turned-analyst Cameron Maybin after throwing out the first pitch of the game.

Wearing a Bronx Bomber’s pinstripe jersey and navy blue hat, the Mayor received boos from the crowd when his name was announced in Yankee Stadium before running to the mound.

Later in the booth, the trio discussed America’s pastime, hizzoner’s fashion, gun crime, the City’s Covid-19 recovery and of course, ghosts— which came out of nowhere when the former cop was asked about the mayor’s residence, located on East End Avenue at East 88th Street in Yorkville.

“I know the mayor of New York lives in Gracie Mansion. That doesn’t seem cool enough for you,” said announcer Michael Kay.

“No, it’s not. Trust me. Trust me,” Mayor Adams said during Tuesday’s broadcast.

“And I don’t care what anyone says, there are ghosts in there, man,” he added.

“We just had a conversation about ghosts yesterday,” Cameron Maybin chimes in, keeping the poltergeist conversation going, “I’ve been in some haunted buildings in my life. I’m not interested in revisiting those.”

Announcer Michael Kay then asks the Mayor whether he’s actually seen ghosts moving around inside the Upper East Side mansion.

“You hear footsteps and all types of stuff?” Maybin asks.

This is not the first time the subject of ghosts haunting Gracie Mansion has been brought up. Former NYC First Lady Chirlane McCray was asked about rumors the daughter of Archibald Gracie, the home’s first owner for whom the mansion is named, haunting the residence during a Halloween interview in 2017.

“I’ve never seen her, but there are times when doors open and close by themselves, and the floor boards creak as though someone is walking through the rooms,” McCray said at the time.

Built in 1799, Gracie Mansion has been the New York City Mayor’s residence since 1942. 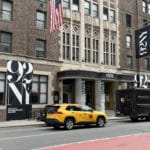