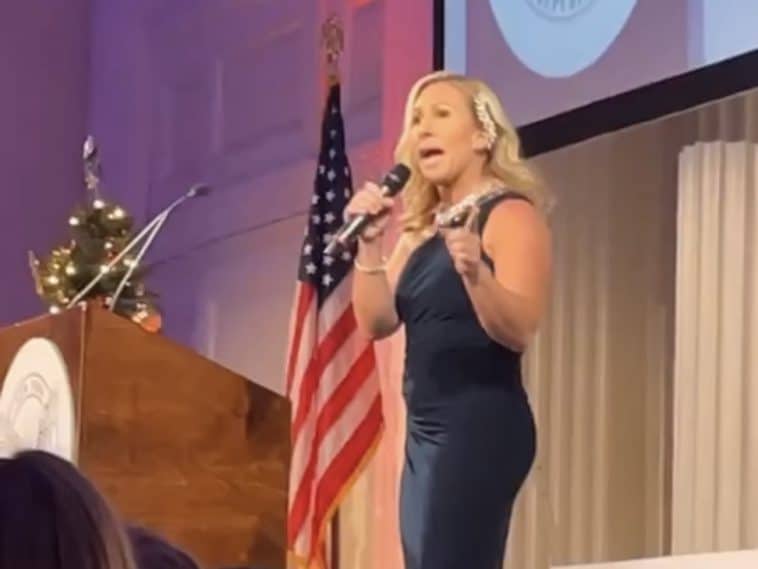 Protesters staged outside the event space located at 583 Park Avenue, at the corner of East 63rd Street, welcomed guests to the 110th annual gala of the New York Young Republican’s Club with a giant ‘ARREST TRUMP’ banner and shouts of “shame on you’ and ‘fuck you, fascist pigs,’ seen in video from our news partners at FreedomNews.tv.

In reality, it was a Pride Week presentation and discussion that included showing the sex toys to high school students.

“We are heartbroken that one of our colleague’s words have been severely misrepresented for a malicious purpose,” the school wrote in a letter to parents obtained by Chicago’s NPR affiliate.

Marjorie Taylor Green, who is known for her homophobic and transphobic ideology, praised Project Veritas during an unhinged rant documented on social media.

MTG began by telling the crowd gathered on the Upper East Side Saturday night that children are being targeted on the internet and social media — making claims that child pornography proliferated Twitter prior to Elon Musk’s takeover while conservatives were being banned from the platform.

“The child pornography wasn’t permanently banned. No, they like that,” Greene reportedly told the crowd in attendance, implying that Twitter was previously run by pedophiles.

A quick Google search finds articles dating back as far as a decade ago, stating that big box retailers including CVS, Target, Walmart, Kroger and Safeway had begun selling vibrators alongside other products.

“[Sex experts] also trace societal changes to 1998, when a Sex and the City episode broached the subject of vibrators. And in the early 2000’s, Tupperware parties gave way to parties selling vibrators and sex toys.”

However, it’s not about women’s sexual health for Marjorie Taylor Greene.

The congresswoman has a long history of anti-gay and anti-trans rhetoric — usually attempting to falsely link the LGBTQ community to pedophilia.

Green has hurled a homophobic slur at another elected official, declared that openly gay Transportation Secretary Pete Buttigieg and his husband should “stay out of our girls’ bathrooms” and even hung a sign with an anti-transgender message outside of her office facing the office of another lawmaker whose child is transgender.

Marjorie Taylor Greene goes on a strange rant about Pete Buttigieg and says he “can stay out of our girls bathroom” pic.twitter.com/mflOliqc5R

“If you look at the time on the clock for America, it’s almost midnight,” Greene explained to those gathered in the Upper East Side event space.

“After the past two years of suffering and of misery under Nancy Pelosi and the Democrats and voting ‘no’ solidly to Joe Biden in the Democrat’s communist agenda, I’m going to tell you, I am fired up about 222 [Republican seats] in the House.” 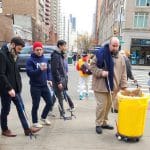 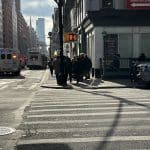