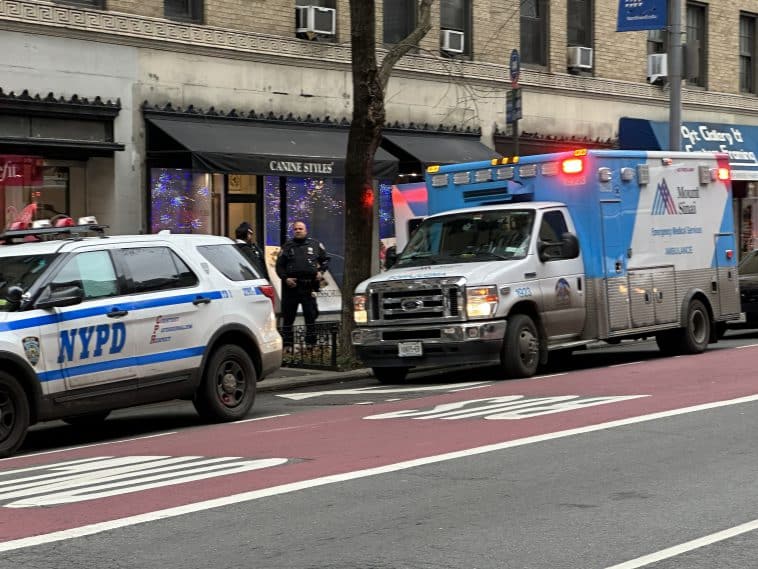 The NYPD is searching for dangerous suspect wanted for a violent assault aboard an Upper East Side subway train, creating a chaotic scene inside the 63rd Street-Lexington Avenue station Friday afternoon, police and witnesses told Upper East Site.

Investigators say it was around 1:30pm when the suspect got into an argument with another man and things turned violent — witnesses said the verbal dispute started on a southbound F train and turned violent when the suspect began wailing on the victim, punching his face over and over in a frenzy. Police say no weapons were involved.

Witnesses say the victim’s nose was split open and bleeding profusely, so much so that the pool of blood on the subway station platform needed to be mopped up after police wrapped up their investigation.

“It was was a good amount of blood,” a witness who spoke under the condition of anonymity told Upper East Site, “he really had his nose broken badly.”

Detectives did not immediately have a description of the suspect, though, police communications indicate he fled from the subway station using the Third Avenue exit, accompanied by a woman.

The victim was rushed to Weill Cornell Medical Center, where he’s being treated for injuries, and is expected to survive, police said.

If you witnessed the assault or have any information that could help police, you’re asked to call the NYPD’s Crime Stoppers Hotline at 1-800-577-8477. 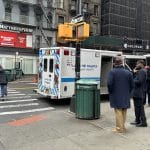 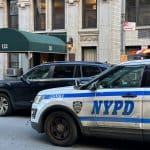