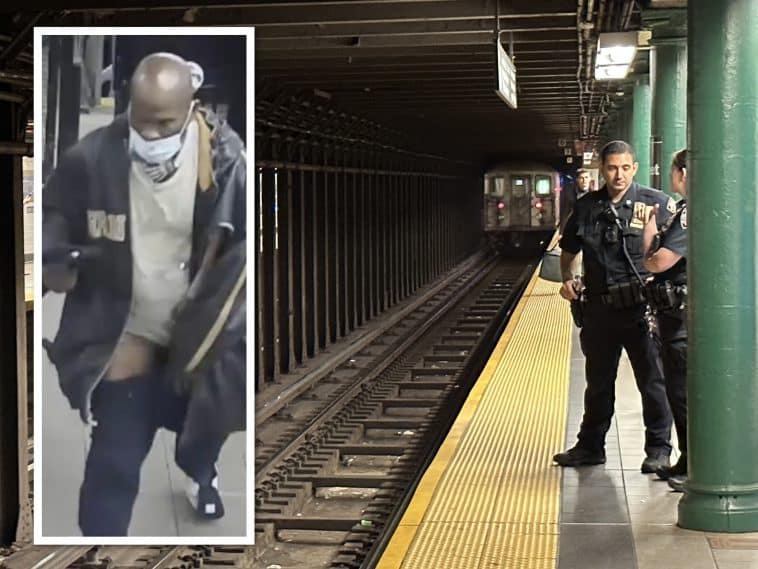 Police are searching for the unhinged suspect accused of shoving a man onto the tracks inside an UES subway station | Upper East Site, MTA

The biggest fear of many commuters has struck close to home, as police search for the unhinged suspect accused of shoving a man on the train tracks inside an Upper East Side subway station in a random attack this week.

Investigators say it was 8:40 pm Monday night, when a witness told police he saw the suspect push another man, who was waiting for the train, right off the northbound platform the 77th Street-Lexington Avenue subway station and onto the tracks.

The same witness also reported to responding officers that Good Samaritans in the subway station — which sits next to Lenox Hill Hospital — sprung into action to help the victim as the suspect ran from the station.

The Good Samaritans pulled the man off the (6) train tracks and back onto the platform, thankfully not seriously hurt, with just some bruises and scratches. Police say he refused medical attention at the scene.

The suspect, meanwhile, was caught on MTA surveillance video released by detectives fleeing the 77th Street-Lexington Avenue station in such a hurry his blue sweatpants are visibly falling off as he runs through the station entrance.

In the station on Thursday, Upper East Site saw NYPD officers maintaining a visible presence on the northbound platform, not in response to this incident, but rather as the broader push by Mayor Adams and Governor Hochul to make the subways safer for commuters.

Police describe the suspect as a man in his 30s, standing 5’7” tall, last seen wearing a blue and yellow jacket, tan sweater and, of course, mismatched shoes on his feet — one black and one white, without laces. 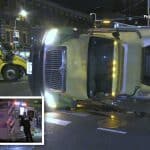 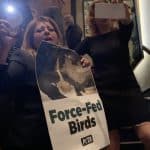