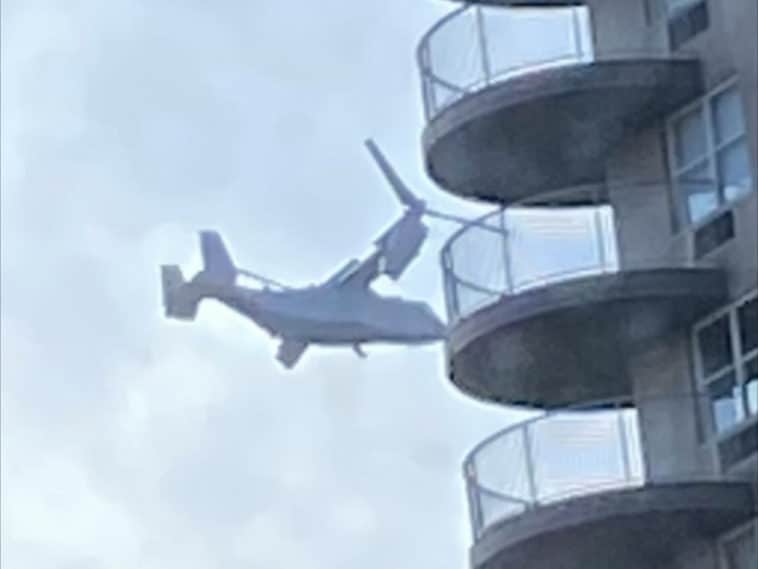 MANHATTAN – Frayed nerves and rattled apartments on the Upper East Side this afternoon as three low-flying military Osprey aircraft noisily made their way south along the east side of Manhattan— the thunderous rumbling directly over buildings packed with Upper East Siders working from home wondering what in the world was happening.

“It was so loud! I was walking on Lexington avenue and people left buildings to see [what the hell] was going on,” said John Broder in response to Upper East Site’s Instagram post alerting neighbors to the source of the shaking that came out of nowhere around 2:15 pm Thursday afternoon.

“It was scary as well,” Caitlin Miler recounted.

“It was so loud and shook my apartment. Felt like the plane was way too close to the buildings.”

The trio of Ospreys— which take off like a helicopter, but also can fly like a plane— buzzed past high rises in a frightening display.

“I was in shock and thought for sure that plane was going down.”

One neighbor even told Upper East Site that she wondered if we were under attack.

Normally, military or otherwise out-of-the-ordinary aircraft flyovers are announced in advance by the NYPD to the media— though in this case there was no alert to the Ospreys military flight over Manhattan.

Upper East Site has reached out to the Department of Defense for more information on Thursday anxiety-inducing flyover— we are waiting to hear back.

Meanwhile, the FAA directed inquiries to the military.

If you have photos or video of Thursday afternoon’s military Osprey flyover, send them to [email protected]. 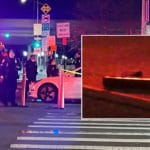 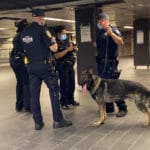