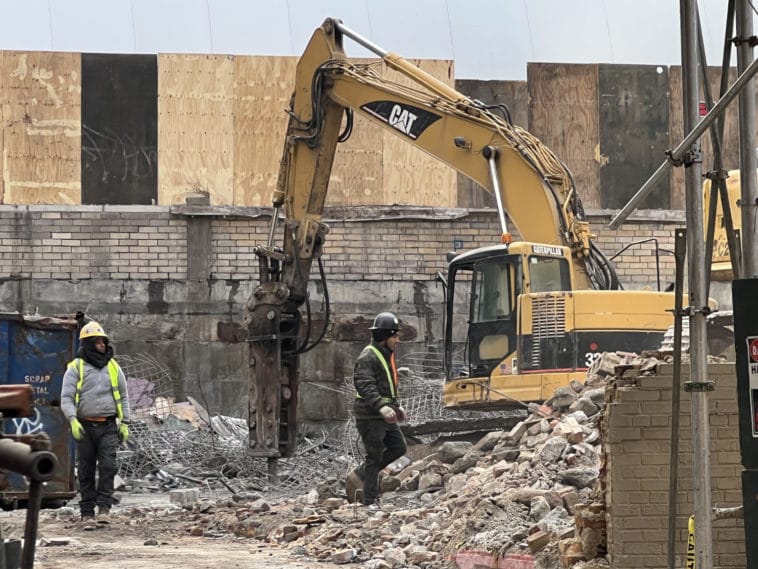 MANHATTAN – The company behind the relentless high-powered jackhammering at an Upper East Side construction site that has been disturbing neighbors for months, has finally been slapped with a summons by the City for excessive noise.

“It is noise torture. I live right next door,” said neighbor Laura Manske.

“Jackhammering and very loud bang-bang-banging for hours and hours, starting at 7:00 am,” Laura adds.

On Tuesday afternoon, an inspector from the NYC Department of Environmental Protection visited the construction site located on East 90th Street near York Avenue and issued a violation.

The inspector, sent at the request of Council Member Julie Menin, whose office has been flooded with complaints, noted that they found ‘unreasonable noise’ coming from the heavy machinery.

According to the summons, the jackhammering was loud enough to “disturb the peace” from more than fifty feet away— the inspector even noted the noise was coming from equipment including two excavators with jackhammers.

“We are deeply concerned about the ongoing practices at the site given the number of complaints we’ve seen,” said Council Member Menin in a letter to property’s developer, The Parkland Group, “and the deafening noise a member of our team heard when reviewing this location.”

Menin is now calling for the developer to take a walkthrough of the site with neighbors to discuss what can be done to curb the noise coming from the property.

“We believe that a joint walkthrough can help alleviate some of these issues and improve quality of life for the community,” the letter says.

This is the first enforcement action taken against the construction site which left people who live on the block unnerved by the thunderous noise from massive jackhammers connected to excavators pounding on concrete in the development from dawn til dusk— especially those working from home during the ongoing Covid-19 pandemic.

“My furniture shouldn’t be shaking and I shouldn’t have to work with earplugs,” said Lauren Trapanotto, who lives across the street from the site and is at her wit’s end.

“The day ends after suffering through it, it’s finally quiet, and I spend my evening icing a headache and half the time I cry because I get to do it all again,” she added.

This construction at 424 E 90th Street has been ongoing for months, and I have been escalating to my CM @JulieMenin since Dec, with the bare minimum done and no real actions taken. This noise goes from 7 am – 5 PM and makes my job and day to day extremely challenging. (1/8) pic.twitter.com/kPrWCMRsxc

DEP had visited the property in January but told Upper East Site the volume was found to be within acceptable limits.

However, as we previously reported, 311 data revealed more than seventy excessive noise complaints were made for the property and the surrounding area since demolition started in December.

This time around, readings by the DEP inspector showed the site putting out 91 decibels of construction noise from more than fifty feet, a violation under the NYC Administrative Code.

A hearing has been scheduled for May where the contractor could fight the violation, but if found guilty would they would face a fine of more than $500, according to Council Member Menin’s Office.

That isn’t good enough for Trapanotto, who has started a petition demanding noise mitigation at the site and is working to organize a protest as well.

“I am not asking that we stop all construction or make the crew’s job harder,” she says,  “I just want to work out a solution to a solvable problem.”

The site’s developer and the construction contractor that was issued the violation have not responded to Upper East Site’s requests for comment. 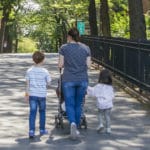 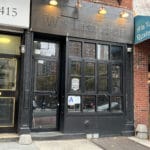