Vehicles pack the Brooklyn Queens Expressway in Williamsburg, May 15, 2019/Ben Fractenberg, THE CITY

This article was originally published on Apr 7 at 6:44pm EDT by THE CITY

The proposed state budget calls for motorists hit by high fuel prices to catch a break through a gas-tax suspension that has been panned as a “terrible idea” for mass transit and the environment.

Under the plan being pushed by the governor and Albany leadership, certain taxes on gasoline and diesel fuel would be suspended from June 1 through the end of the year.

New Yorkers pay 46.19 cents per gallon of gas, with the Highway and Bridge Trust Fund getting 63%, and the rest dedicated to mass transit.

The idea is that this “holiday” would provide some relief to New York drivers who are paying an average $4.27 per gallon in the state — and higher in all boroughs but Brooklyn and Staten Island, according to the American Automobile Association.

“I am sympathetic to the fact that there are many low-income drivers across the state who rely on cars to get to work, to school or to medical appointments,” said Felicia Park-Rogers, director of regional infrastructure projects for Tri-State Transportation Campaign, a nonprofit advocacy group.

“But the way to solve high gas fees at the pump is not to take away the taxes that go to repairing roads and funding transit.”

MTA officials last week said the suspension could cost the transit agency about $100 million, though they said Gov. Kathy Hochul and Albany lawmakers have pledged a “dollar for dollar replacement” of any lost revenue from the state’s general fund.

“That’s what we’re counting on, 100%,” Janno Lieber, the MTA Chairperson and CEO, said following a March 30 board meeting.

Earlier in March, Lieber had said the MTA could lose $400 million dollars from the proposed gas tax holiday.

Environmental and transit advocates have been critical of the gas-tax suspension, saying it would disproportionately benefit wealthier New Yorkers who drive, while cutting into funding for transportation improvements.

And the move comes with the MTA facing an estimated $2 billion budget deficit by 2026 — when federal COVID aid expires — coupled with an anemic recovery of subway, commuter rail and bus ridership that plummeted during the pandemic.

“In 2025, we will be looking under every couch cushion for $25 million, $50 million, $75 million to make up that sea of red ink that looms large,” said Lisa Daglian, executive director of the Permanent Citizens Advisory Committee to the MTA. “The fiscal tsunami is around the corner.”

Daglian said a break on gas prices would benefit drivers but not others who are contending with rising prices for other things, like food, heating fuel and housing.

“Not everybody in New York City drives a car,” she said. “If there’s going to be a holiday, it should be across the board.”

A gas-tax holiday in neighboring Connecticut took effect last week and AAA figures show the average price of a gallon dropped to $3.98 by Thursday, down from $4.29 last week.

Maryland, Florida and Georgia are also among the states that have approved temporary gas tax holidays.

Transit advocates say those measures appease drivers and not others feeling the effects of inflation.

The MTA projects that 36% of the revenue for its $18 billion budget this year will come from an array of taxes, with 27% being generated by farebox revenue and 12% from bridge and tunnel tolls.

Meanwhile, vehicle traffic levels on the agency’s bridges and tunnels are at about 99% of pre-pandemic levels.

“Fossil fuels are killing our planet and making it uninhabitable,” said Park-Rogers of TSTC. “If right now there is a problem with people being able to afford transportation by car, I’d much rather see the state give people a $100 MetroCard than enable more driving.”

Fossil fuel taxes have been a long-standing source of revenue for the MTA, whose officials have repeatedly called for new sources of revenue.

“It sets a bad precedent that once a tax break is put into effect, it’s hard to roll it back,” said Rachael Fauss, senior research analyst with Reinvent Albany, a state legislature watchdog group. “The MTA is looking for dedicated revenues in next year’s budget and one logical source of that would be in fossil fuel taxes.”

“The MTA’s fiscal cliff is real,” he said. 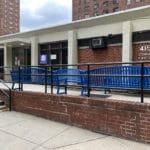 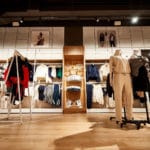